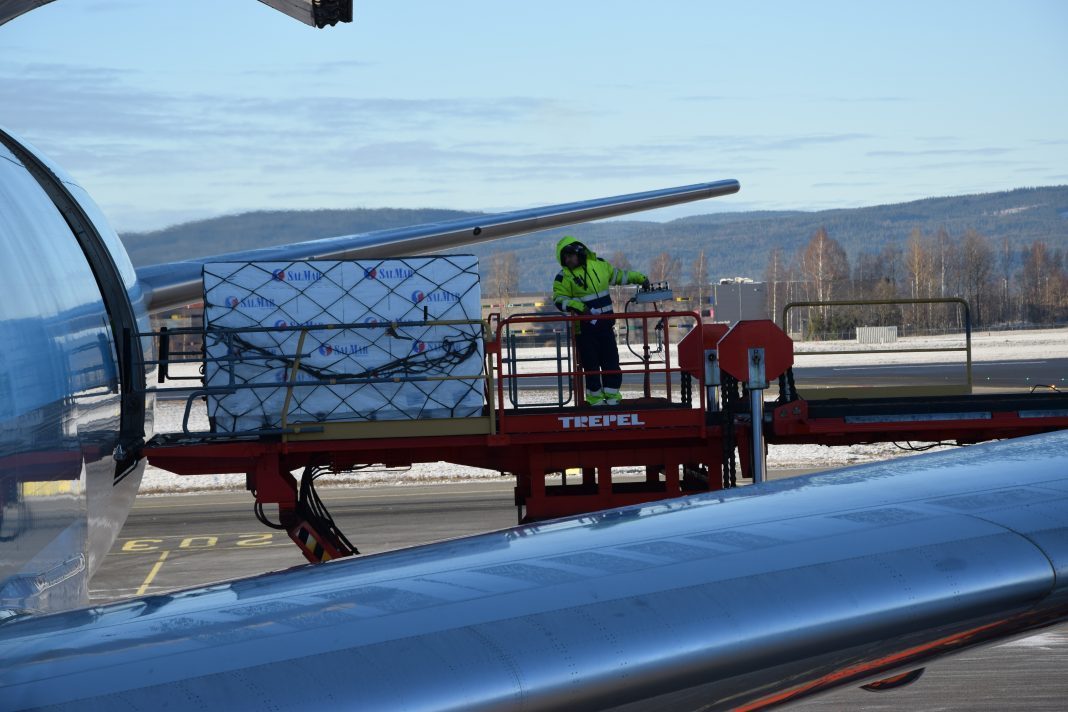 Logistics trouble from a storm in northern Norway is a X-factor in price determination.

“The [bad] weather in Northern Norway is clearly a factor in this. And there is more craving for air freight [overseas markets] than it is in Europe,” he adds.

However, several exporters see significantly lower prices than this.

“It’s the same price as this week. 6+ has been better paid, on flights to China,” he adds.

“The market does not have major changes. There has been some complications with the weather, but the fish is there. There is good access to fish next week. There is no shortage of fish, so it should be fairly stable,” says another exporter.

Another, and larger exporter, thinks the prices mentioned are too low to buy any fish.

He gets support from a sales manager at a mid-Norwegian fish farming company.

“The market is starting to demand more than we have to push. The weather; I do not know if it has the great effect, more psychology than practical. But it helps us that it’s rather a truck less than five too much.”

“We are so short on fish that we are a bit frail today. So we have raised the prices up to 60 kroner (€6). That’s five kroner. But in practice 3-4 kroner. There is no doubt that there is a rise,” he says.