The price of steel has never been higher.

Next Saturday, Sølvtrans will christen the new building ‘Ronja Princess’, close to the company’s modern and expensive business premises in Ålesund, Norway. The wellboat, built by Aas Mek. Verksted holds a cargo volume of 3,000 cubic meters. It is the first in a series of seven wellboats set to be delivered to the company.

The company also has several ships under construction at Myklebust shipyard in Gursken, with a total of 18 vessels due to be built in two and a half years.

Normal construction costs for a modern and well-equipped wellboat have, in recent years, added between €30 and €40 million.

Price shock
Now, the bill can be significantly more expensive.

In the wake of the war in Ukraine, steel prices have risen by as much as 65 percent – in the space of a month. Russia, Ukraine and Belarus are all major producers of carbon steel.

This price increase can make shipbuilding significantly more expensive in the future. 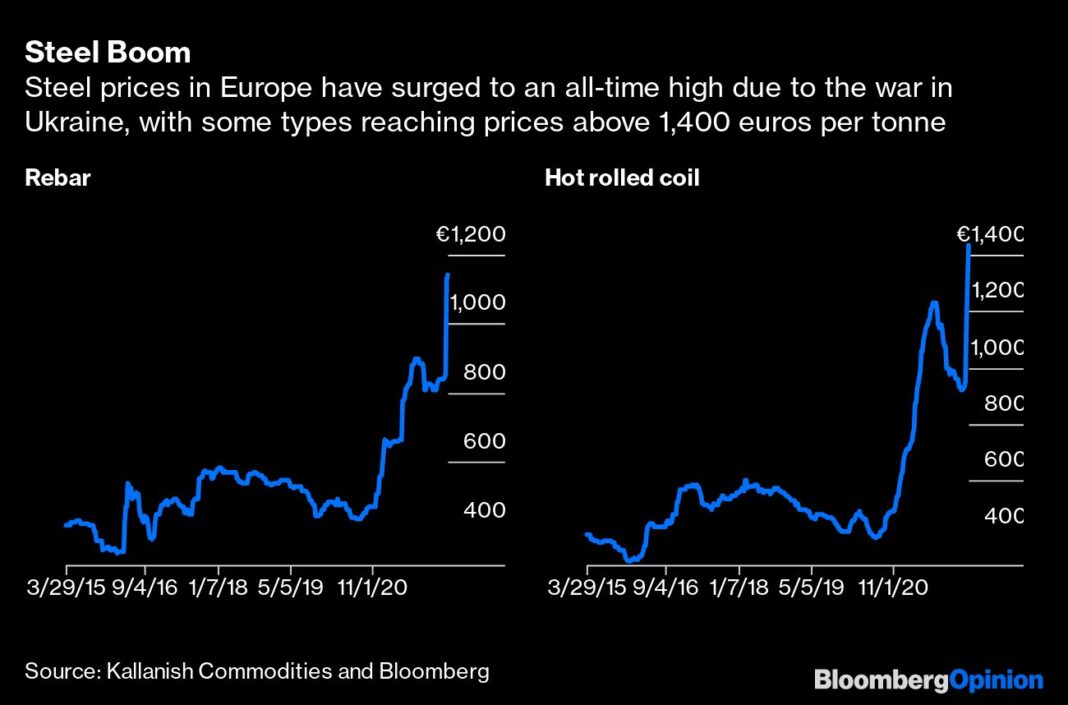 – How does this affect the construction costs for Sølvtrans’ relatively comprehensive newbuilding program? Who covers the increased steel prices – the yard or the shipping company (or both)?

“Of course, we follow closely what happens as a result of the war. Beyond that, we have no comments on this”, Sølvtrans’ community contact Harald Tom Nesvik told SalmonBusiness.

– The 18 boats you have on order; how big an investment is it for Sølvtrans?

– It is of course a large investment, but how big it will be will depend on various factors. 12 of the boats are contracted, while there are options for the others.

Billion purchases
When asked if the 12 mentioned boats are financed, Nesvik wanted SalmonBusiness to contact Sølvtrans’ relatively newly appointed CEO, Robin Halsebakk. He has not yet responded to our inquiries.

Normal construction costs for a modern and well-equipped wellboat have, in recent years, added between €30 and €40 million.

If one assumes that each boat costs €35 million, 12 boats will cost the shipping company €440 million. This is the total construction cost before the recent sharp rise in steel prices.