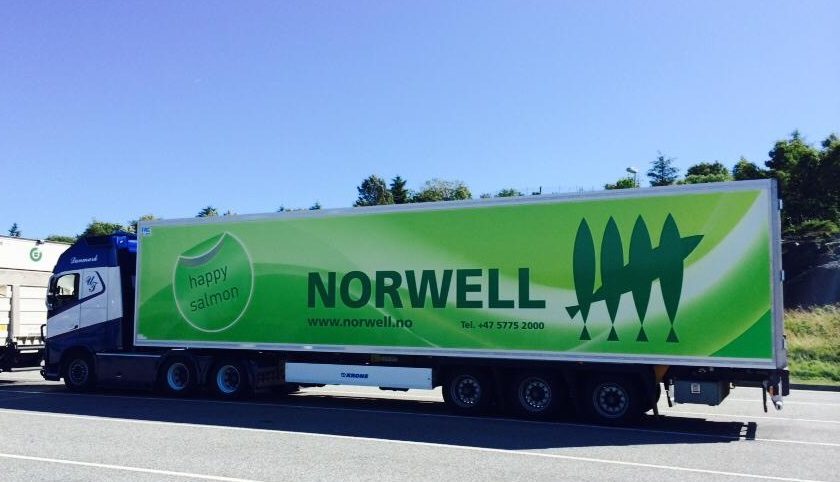 Traders caught looking the other way, as salmon price leaps

“It’s an unusual increase based on generally less harvesting. There’s pretty good pull coming from exporters. Most growers have had a good day in that way,” a processing company’s buyer told SalmonBusiness.

“Everything’s gone up five NOK. There isn’t much fish. And that’s just fine. I’d say a five- kroner hike on all sizes. Without exception,” an exporter commented.

Surprise
That means these prices for salmon delivered next week:

“There shouldn’t be a bigger difference between 5-6 (kg size) and the 6-plus, because there isn’t much wind in the fly-out market now with the Chinese New Year. The fish have to go to Europe.”

He’s admits the strong price advance was a surprise.

“Who would have believed it? I hope it keeps up. If it goes higher, it’ll stop-up and people will start using their cold storage. I have the impression that there’s a lot in storage. We have some in the freezer, and we’re currently offering frozen for five kroner (EUR 0.52) below fresh,” he added.

Change of tack
There’s been a noteworthy change of tack salmon exports since New Year’s Day.

“I’m impressed by the level. The market is strong. More fish have gone out than last year, and goodly amount more. All food has become pricier. All other fish have gone up in price. Fifty kroner (EUR 5), that’s actually cheap for salmon. The price for end customers has also gone down,” he explained.

“I’m telling customers that they should start looking at the contract. Contracts later in the year sit at about six euro. That’s a good price, if you ask me. But, I believe we’ll have periods of 60 kroner (EUR 6) in the first half of the year. Especially in March, maybe. Maybe right out to May-June, he said, before explaining: The temperature at sea is lower, and that means Generation ’17 will come later. That might mean we see a shortage, now, until the month of May. A lot of handling has meant winter sores, and that fish has to go as “product” and frozen in Norway. We might also have a higher feed conversion ratio. I think there are less fish (in grow-out) than people believe. The market is stronger than we first expected. We’re noticing that the demand is greater and customers are more optimistic than they were in November-December.”

Access
His views are supported by one of his rivals.

“These are prices partly created by access. We see a certain reduction in supply of fish that yield prices of six to seven euro. There’s a little excitement in seeing how the market reacts to this. The market’s apology has impacted merchandise, but that’s possibly about to change since they have less fish in cold storage.

“Chile also has a little less filet fish in the US than expected. As a result of the China bungling, it’ll probably be those with (Food Safety) approvals getting noticeably higher prices than one’s used to.”

At the same time, fish farmers have held back in their harvesting. They’re choosing feed them up in weight.

A little red
“We think the end of February and March will provide higher prices than at the start of the year. It’s also nice that French and German supermarkets will unroll campaigns again.

“It’ll be exciting to see how the market reacts to this price increase. We’re talking about over a euro in just a couple of weeks.”

Another salmon exporter sums it up this way:

“It wasn’t long ago that freezers were full and demand was low. Then a little red colored the sea in Chile. There need be nothing more. The [salmon farming] shares will soon be at an all-time-high, too. All in just 14 days. It’s unbelievable.”