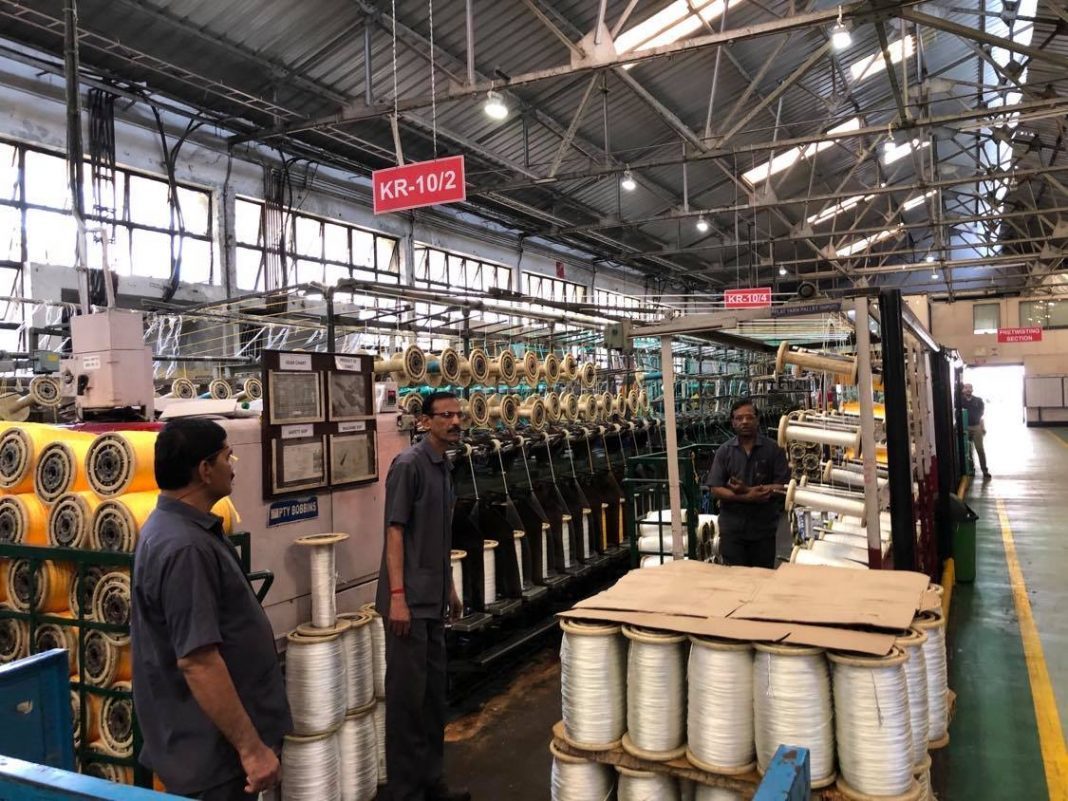 Strong rope can be used for many things – such as doll hair.

In a drawbar, the rope rises with a sharp bang. The result was satisfactory for the quality inspectors who are curiously studying a computer monitor that is set up just off the bench.

“It was over 32 tonnes. It passed the test. The requirement is 28 tonnes,” said Nitin Sardeshpande, Garware’s vice president of manufacturing, to SalmonBusiness.

Everywhere threads are spun, twined and twisted. Ropes and nets go to a wide range of applications and markets from the factory in the million habitant city of Pune in India.

‘Our Plateena brand rope, made of DSM Dynema fibre, has very high breaking strength. This rope actually has higher strength than steel wire,” said Nitin Sardeshpande, showing off the white rope which is soft as silk.

The ropes are offered in all the colours of the rainbow. Both soft and hard ones.

Splicing
“It is easier to splice ropes with three strands, more than with eight. And easier to split soft than hard ropes,” Myran added.

“Mooring, fishing, a big market for us is fish farming mooring equipment. We have a new generation of ropes called X2. This is a rope with high breaking strength and less tension/elongation for aquaculture moorings,” said Myran.

“X2 rope is sold in Chile in large volumes,” he added.

Nylon threads can be used for so many. Also for doll hair in various colours.

Comprehensive
“We produce doll hair. The polypropylene threads sew sacks for fertiliser, rice or fish feed. And it comes from here,” said Myran.

“We have several customers who buy such “hair”. One of them buys 9-10 tonnes per month. There are many dolls,” smiled Sardeshpande.

It is an extensive production that is delivered daily at the textile spinning plant in Pune.

“We produce 40 tonnes per day. In different thicknesses and specifications,” said Sardeshpande.