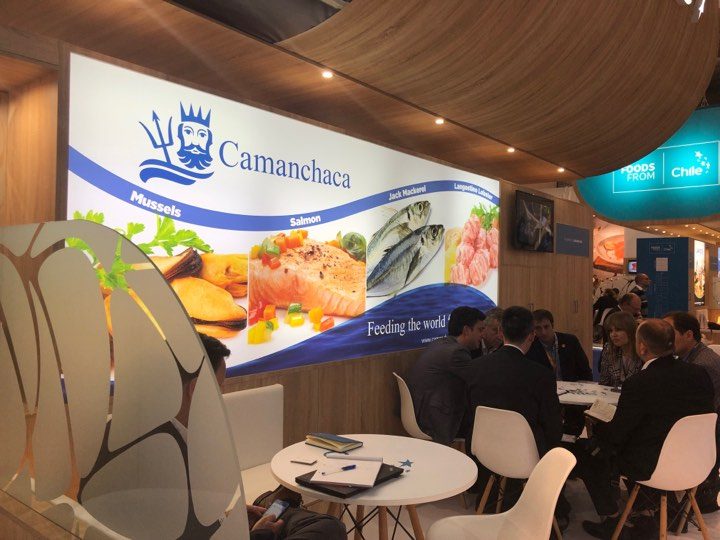 According to the financial report, revenues and EBITDA were affected by an unfavorable evolution of the trout joint venture business, which reduced its outcome for Salmones Camanchaca by US$ 3.1 million. Excluding this trout business, the Atlantic EBITDA was US$ 18 million, or 12% higher than the same period in 2018.

The net profit was US$ 3.6 million, reduced from the previous year due to lower net fair value adjustments.

Salmones Camanchaca harvested 10,191 tons of Atlantic salmon, in line with the estimates and higher than the 9,589 tons of the first quarter of 2018.

Ricardo García, vice chairman of Salmones Camanchaca, said that “the EBITDA and EBIT results show a business that grows around 10% in terms of company-farmed sales, with healthy EBIT per kilo of US$ 1.3, slightly higher than last year despite lower prices. During the first months of the year, we had some unfavorable environmental conditions with presence of algae and lower oxygen levels in the sea, which forced us to limit feeding and hence biomass growth, and to a lesser extend also generated mortalities. These conditions will result in a higher estimated costs for the year close to 5%, as well as a 5% reduction in our harvest guidance for 2019, now at 52,000 WFE tons”.

He also noted that “despite these less favorable environmental conditions, they are now reduced and we have identified solutions that will allow us to mitigate them in the coming; we will be better prepared next time”.

Finally, the company reported that its estimate of Pacific salmon harvests, a species in which it is venturing this year, remains unchanged.