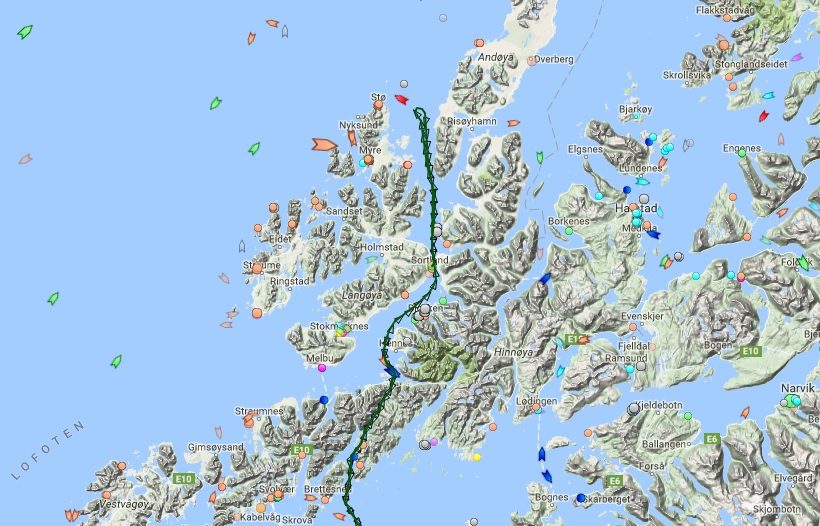 The vessel had only been in operation a few months before it ran aground around 5am Wednesday morning.

“What actually happened? They made a wee miscalculation and veered slightly off course,” Sølvtrans Managing Director Roger Halsebakk, told SalmonBusiness.

The Ronia Diamond ran aground at Klo in Vesterålen, Northern Norway, in the early hours of Wednesday morning. After the damage occurred, the 80 meter long wellboat headed to Sortland under own engine power, where it is now tied up alongside the wharf.

Damage
Halsebakk said he had spoken to the crew, and it would appear there is only limited material damage.

“We’ll have to replace some of the steel,” he said.

Divers are currently checking the state of the vessel. Halsebakk said the company is considering should go down to Myklebust ship yard or sail in to Harstad.

“But we will know in due course what we need to do when the boat arrives at the slipway,” he said.

Setting course for Chile
Most of the Sølvtrans vessels are named “Ronja”, after the two heirs Robin and Anja Halsebakk. “Ronia Diamond” is an exception, as the vessel is due to sail to Chile in the summer of 2018.

Halsebakk said the incident will not lead to any delay in delivery to Cermaq Chile.