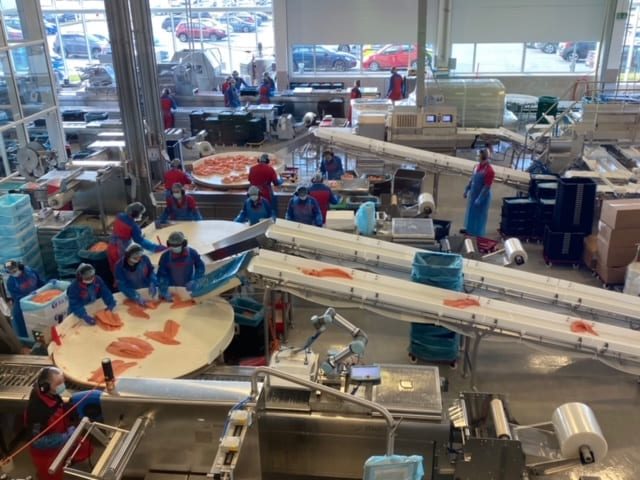 SalMar had an operating profit (EBIT) of NOK 661 million (€63.6 million) in the second quarter, up from NOK 627 million (€60.3 million) compared with the previous quarter. However, expectations were far higher. The brokerage corps had estimates, according to TDN Direkt, of NOK 876 million (€84 million) in EBIT – 215 million higher than the reality.

The harvest volume for the quarter of 36,600 tonnes gives an operational EBIT per kilo of NOK 18.05.

‘Not good enough’
“Solid craftsmanship that has given good biological performance has been the key to the strong segment results in both Central and Northern Norway in the second quarter. What pulls us down in the quarter is the weak EBIT result from sales and industry. At the beginning of the year, we unfortunately had a much darker view of the market and the salmon price than has been the case. The fact that we actually underestimated the salmon, and the market, is the main reason why we today – overall – did not deliver a good enough result. On the positive side, recent developments have shown us how strong the salmon market is and we are optimistic in relation to continued strong market development going forward,” said CEO Gustav Witzøe.

Sales and industry delivered a weaker result than comparable periods. This is mainly due to negative contributions from fixed-price contracts due to rising spot prices for salmon, and non-recurring costs related to the completion and planned start-up of the new InnovaNor slaughterhouse and expansion of Vikenco.

In operation
The upgrade of Vikenco, which is SalMar’s harvesting and processing plant in Møre og Romsdal, in the northernmost part of Western Norway, was completed and put into operation during the second quarter. The construction of SalMar’s new harvesting and processing facility in northern Norway, called InnovaNor, is in the final phase and will be in operation from the fourth quarter of this year.

Covid-19 continues to cause market uncertainty, but the market’s response has so far shown a good ability to resist. This, in combination with the roll-out of vaccine programs worldwide, gives SalMar a positive view of the second half of the year and the future in general.

A somewhat lower cost level and higher volume are expected in the third quarter than in the second quarter.