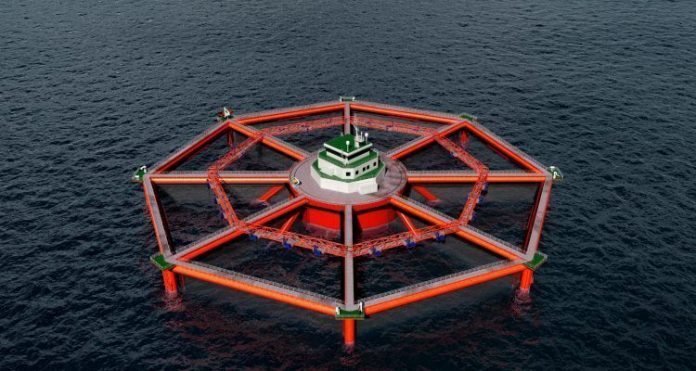 In an interview with the newspaper Adressa, Witzøe explained his company’s ocean strategy in greater detail – a strategy that was mentioned in the press release issued by the company in connection with a statement that they will not be appealing the decision concerning eight development licenses. The company had originally applied for 16.

“We must push our strategy through to show that it’s possible to produce salmon out in the salmon’s natural habitat, and recapture the growth dynamics that have been an essential element of the Norwegian aquaculture industry” Witzøe told the newspaper.

“If not, a hefty percentage of investments will be ploughed into land plant, and at some point in time it will be too late to pursue this avenue. Major investments are being made on land in the United States, and Donald Trump has made it very clear he will protect U.S. commerce and industry through tax cuts and other measures,” said Witzøe.

To be built in China?
The deep sea construction will be able to house twice as much fish as the “Ocean Farm”, and will cost around EUR 150 million to build. According to Witzøe there is still a certain amount of work on the engineering side to complete, but he indicated that the start-up for building the deep-sea construction could be June of next year. Witzøe mentioned that also this construction, as with the “Ocean Farm”, might be built in China.

“Due to the massive dimensions involved in the construction, this rules out Norway at the present time as it simply does not have the shipyard capacity to take on such a project,” he said.

“This will realise a huge potential for the Norwegian industry to exploit, if we manage to achieve the authorities’ ambition to quintuple Norwegian aquaculture industry output,” he concluded.