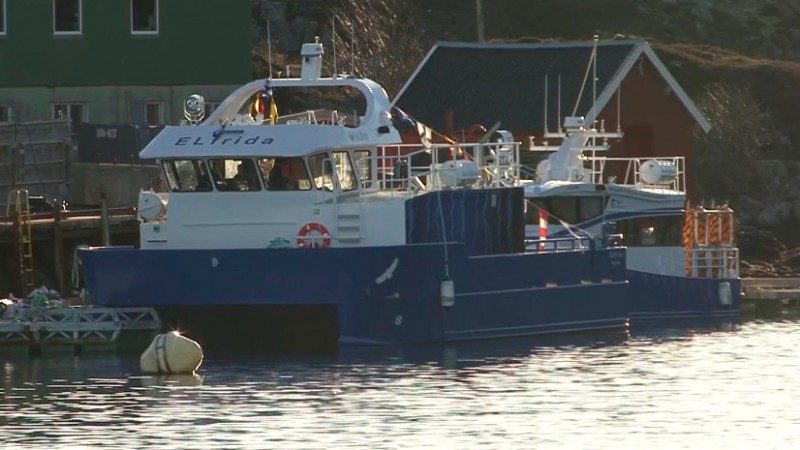 Elfrida ended her sea trials and started service last year, but SalMar’s Eskil Bekken talks about “hiccups” along the way

“There have actually been a few small challenges. It’s a pilot project, and now it’s working as envisioned,” Bekken said.

Although he’s since moved on, Bekken was SalMar’s technical lead responsible for the Elfrida project. The boat was designed by Ornli Slip and Siemens in Trondheim.

Like a mobile
Bekken explained to SalmonBusiness that the boat was built for the aquaculture industry, and there’s been uncertainty about what this boat type ought to have. “To some extent it’s been made too complex and complicated in relation to what the industry has a need for,” he said, before comparing it to a mobile phone.

“It’s like having a new mobile phone with all kinds of stuff on it even though you only use some of it. You can take a few things away that you don’t have use for,” he said.

Good workspace
He insists, however, that the quiet-running boat is prized by the crew onboard. “The boat’s been well-received by its users even if there have been a few hiccups,” Bekken said.

Jørgen Holmen is now in charge of the Elfrida project, and he had high praise for the vessel.

“It’s fantastic to be crew onboard when you’re free of exhaust and motor noise. The workplace was better.”

Diesel versions
SalMar hasn’t arrived at a point where it’s started to plan a switchover to all-electric workboats. A little more trial and error on the technology and price side of things has to happen first.

“The future vessels being planned are diesel boats. That’s how it has to be until we know Elfrida will cut it. It’s stupid to use a lot of money on it if we can’t get control of the components. It’s the first fish-farming boat built this way,” he said.

“Now we have to find the right solutions to overcome the challenges to come. Until we do that, we have to make sure it functions for our use,” Holmen said.

“The price of the components has to come down. The more its mass-produced, the cheaper it’ll get. There has to be better battery technology that what was on Elfrida, and I believe that’s already a reality.”