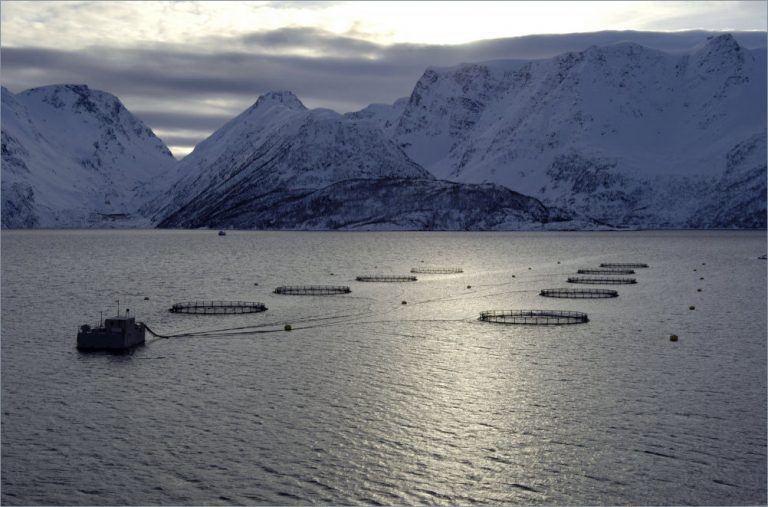 The Norwegian Seafood Council measured Norwegian salmon biomass to be 763,000 tonnes at the end of December. That’s three percent more than was the case 12 months earlier.

Biomass growth is due to the fact that December sales, measured in export volume, were four per cent weaker than the year before, while feed consumption was up by seven per cent. While the harvest volume was 107,000 tonnes, feed sales ran up to 144,000 tonnes in December.

Mild winter
A mild winter has provided favorable growth conditions in the sea. The average temperature was 7.6 degrees at the measured fish farms, 0.2 degrees higher than December 2017, shows the survey from Akvafakta.

This has manifested itself in higher average weight of the slaughter fish. Last week, for example, 12.3 per cent of the sold harvest volume was large salmon over six kilos, the latest weekly statistics show.

More trout
While salmon biomass increased by three per cent in December, trout yielded a whopping 16 per cent year on year.