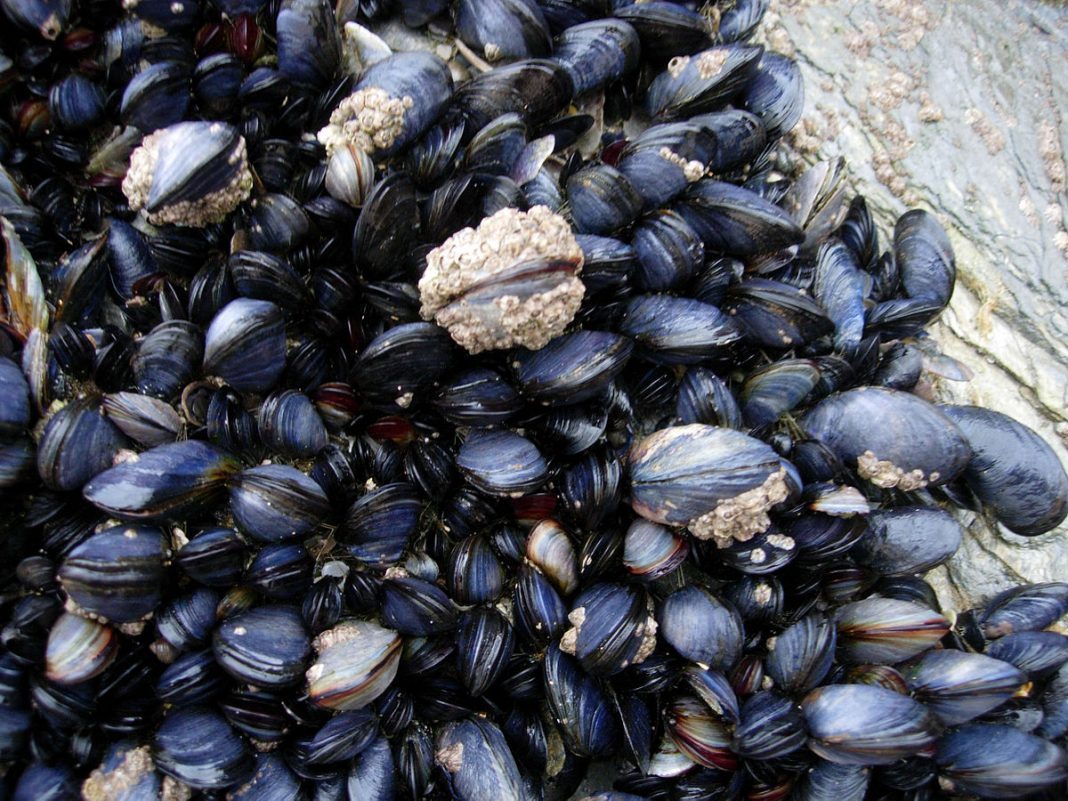 CBS news has reported on a project at Saddle Island, Newfoundland and Labrador, led by the Department of Fisheries and Oceans, Cooke Aquaculture and Dalhousie University.

In September, Comeau and other scientists installed a floating monitoring station next to the fish cages at the Cooke Seafood salmon farm at Saddle Island. The project looked at how blue mussels can act like a biotech “canaries in a coal mine” when exposed to toxins.

Luc Comeau, a scientist with the Department of Fisheries and Oceans, used sensors to convert a mussel’s distinctive behaviour when exposed to stressors into an early detector of toxic algae.

When mussels open and close their shells, this is picked up captured by the sensors.

“DFO’s interest in this is having an early warning system, having sentinels out at sea that could monitor continuously the water quality. So these mussels that are connected are like canaries in mines,” said Comeau.

“If something is strange in the environment, they will behave strangely,” he added.

Supporting the project is oceanographer Jon Grant, who received $2 million from Cooke to help fund aquaculture research in the region

Grant said that sensors take readings 10 times a second which translates into an “extraordinary” amount of data. Furthermore, the mussel’s natural detection aligned with the advanced sensor systems already in use at the salmon farm.

The mussel project is one of the first projects to be funded under Deep Sense, an IBM initiative helping ocean researchers in Atlantic Canada.