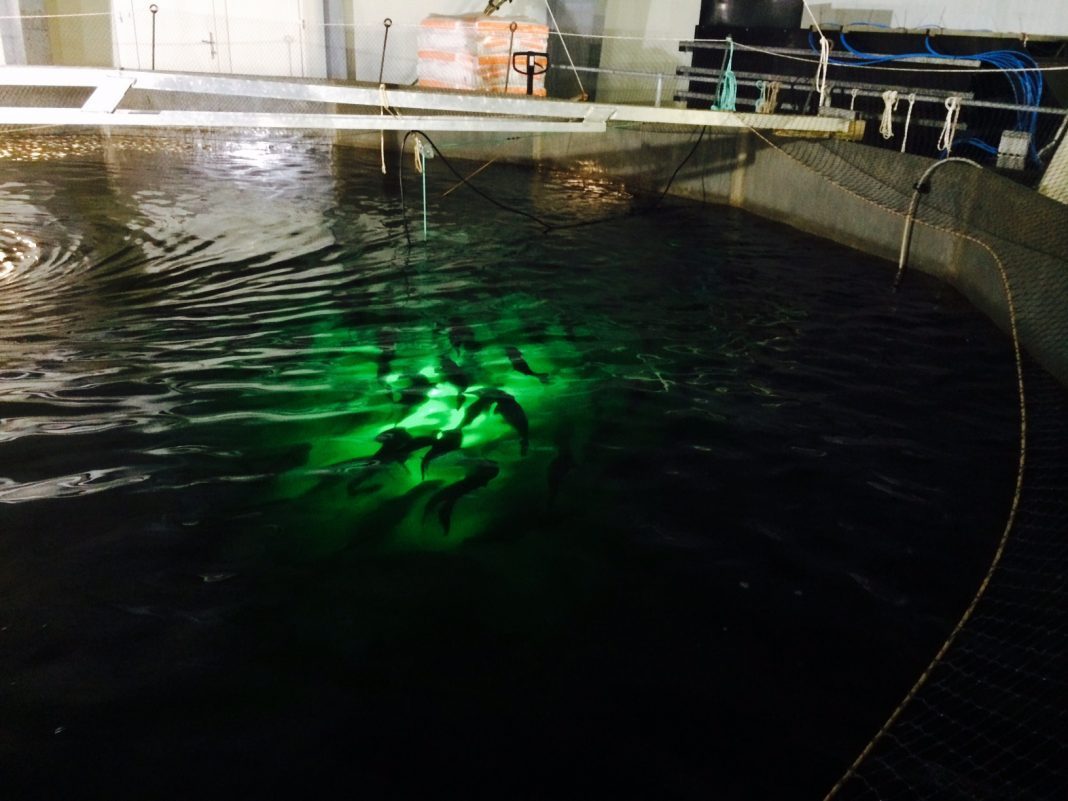 When will factory-produced salmon come into their own?

They pop steadily up in new places. In new countries. In the tropics, high up in the mountains or far into the mainland. Land-based salmon production complexes are gaining in popularity.

The salmon is not dependent on salt water – it can be farmed in fresh water. Neither is temperature a problem indoors.

Competition
In Poland, fish are now being slaughtered from two land-based plants. The same is happening in Denmark and China. There are land-based fish farming complexes operating in the United States, the United Kingdom, Switzerland and Canada, and more are under construction. Russian companies are also mulling potential in their extensive homeland.

Plans are also far advanced here in Norway. Fredrikstad Seafoods will be opening its doors before the close of this year. But it is becoming increasingly apparent that Norwegian soil will not be an important competitive edge here.

Salmon will primarily be produced out in the market. Where it is consumed. Preferably in overseas markets, and likewise behind tariff barriers, where the sales price is highest. That is both rational and logical.

The big question, which everyone is eagerly awaiting the answer to, is naturally: What are the production costs per kilo?

All of the land-based salmon producers have namely so far lost money on the fish they have produced – even when they achieve a price premium for the salmon. Demand for salmon “Made in Switzerland” is outstripping supply.

Defining
This is above all a cost game. Production costs are totally defining for the enterprise.

The sales price for whole, gutted fish is set, in the foreseeable future, by marine farming. It’s here you have the volumes.

Will this become commercially sustainable business or remain an experiment? It has long been common knowledge that it is possible to produce salmon in dams or aquariums on land, but can this be achieved competitively in terms of cost?

Without money on the bottom line there won’t be much business. In which case the costs must either be reduced or increased. Without profit it will wither accordingly.

Full cost
The battle revolves around six euro per kilo.

That’s where salmon prices as paid to the producer have lain the last few years. It’s also where contract and forward prices are at the time of writing this editorial.

This is the breaking point.

That is the level of which Kuterra, Jurassic Salmon, Langsand Laks, Danish Salmon and the others have not managed to come below. They haven’t got themselves in a position to earn money.

A part of the key is the scale.

That in any case is what several of the new major players are getting to grips with. The operations in Poland, Canada and Switzerland only harvest a few hundred tonnes of fish annually, and naturally few kilos from which to distribute on property costs, power expenses, wages, investments in tanks, pipes and pumps, and gutting machines and smokehouse (Swiss Lachs has its own integrated smokehouse – editor remark).

Funding
At the forefront are Nordic Aquafarms’ and Atlantic Sapphire’s giant complexes in the United States, which will both produce tens of thousands of tonnes of salmon when they are fully operative.

This is where the scale argument will be put to the test.

If they succeed, and achieve satisfactory profitability, experience shows that money – financing – is not an insurmountable barrier for new projects.