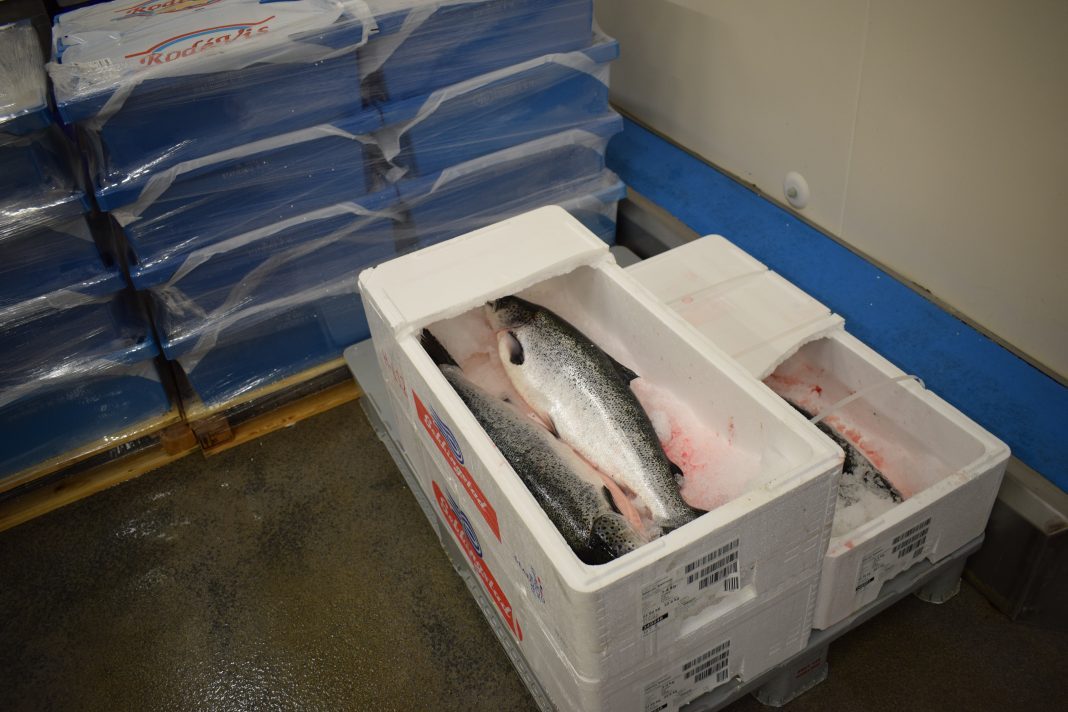 The gateway to November is proving anything but fun for the salmon farmers.

The spot price is down eight to ten NOK for the most widely used weight classes, according to several independent market sources. While the farmers offer their fish, the buyers are waiting, just leaning back and hanging on for prices to fall further.

“I do not think there has been a single box of fish sold for next week. The price will be below NOK 45. Farmers are willing to sell at that point, at NOK 45, but the market signals that they are not willing to pay that price.”

He has the impression that buyers are well-stocked with goods.

Buyers who have the capacity to buy fish, slaughtered today for delivery next week, signal prices of 4.90 euro at 3+. This is equivalent to a price in Oslo [Norway] of around NOK 43.

SalmonBusiness collects spot prices for salmon every Friday after lunch. These are fish to be delivered the following week. Here we contact several members of the value chain, including farmers, exporters and importers. We always have at least five independent sources, although not all sources are necessarily displayed on print. We vary which sources we use, and do not use the same sources each time.

“We see customers struggling to take fish away, as they are putting off deliveries by two and three and four days,” he said.

“I’ve received an email from a significant colleague just now: ‘We are trying for down to NOK 40’.”

The problems are primarily on the supply side.

“The fish are growing extremely well in the sea, the feed sales show it. The access [to salmon] is good.

Industrial buyers have also noticed the steep fall in prices.

“We’re finding there are some unsold fish for this week, offered at NOK 43 kroner for 3-6. But we have not bought anything for this week, after seeing the strong downward pressure on prices.

“I think the day today will be too long. There are probably a lot of players who have lost a good deal of money this week, which they’ll be very happy to recoup in the coming week. And then the market reacts negatively when there are such big fluctuations – it’s a problem for everyone.”

“I do not think there is any danger that we will get the price up next week. It does not look likely,” an exporter observed laconically to SalmonBusiness.  “The market price is somewhere between NOK 40 and 43 kroner. The highest I’ve heard is NOK 43.50 kroner. Some breeders are holding out for NOK 45 and 46 kroner. They can forget it. If anyone thinks the price will rise when there is so much unsold fish and so much to be slaughtered, they must think again.”