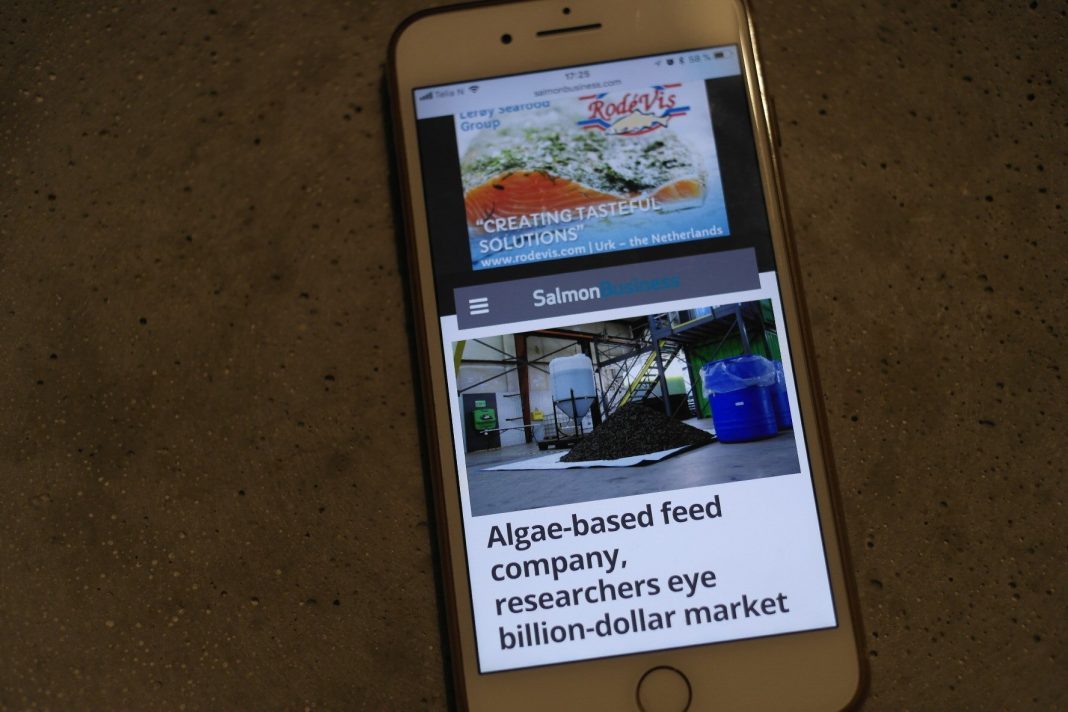 There’s real, worldwide interest in aquaculture, and growing salmon seems most captivating of all.

For 2017 start-up SalmonBusiness, that interest in salmon is measured in our reader count which, according to Google Analytics, has reached 11,671 readers over the past 30 days.

That means our three-month-old publication already has a third of the traffic seen by some well-established online newspapers (we won’t name names). The past week has brought brought intensified interest in stories about salmon feed, land-based farming and service vessels.

At present, we’re most read in the United Kingdom (see Scotland), followed by Norway, The Netherlands, the United States and Canada. It’s right on the mark.

The idea was to build a real-world news service for the salmon segment, since none existed. Other fisheries publications, we thought, didn’t appeal to large groups of readers. That was our chance, and we grabbed it.

It’s a decent start, and we intend to build on it with more of what our readers want. We’ll stick to news and analysis and try to provide the worldly and low-level oversight those involved in salmon-farming ought to have.

We’ll stick to journalism and our niche of original, salmon-only reporting. That’s what we’ve invested in, and that’s what we’ll continue to provide.

SalmonBusiness is a wholly owned business of iLaks AS, a Norwegian publisher with real fisheries experience and exposure. Our combined newsroom works together to focus coverage of global salmon markets while expanding our worldwide network.