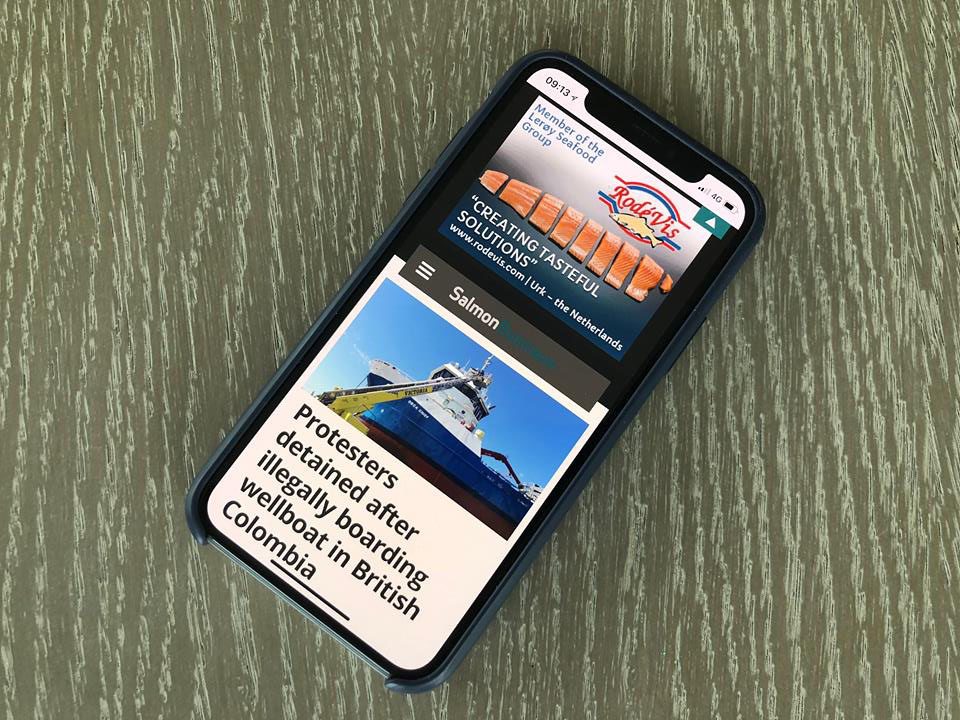 SalmonBusiness has now passed 25,000 unique users per month, following a doubling of traffic so far this year according to numbers from Google Analytics.

Mobile capital
Combined with its sister publication iLaks.no the two online news services have well over 100,000 monthly readers. The common traffic is particularly interesting, as they run joint job advertisements. The job vacancies shown on SalmonBusiness are also shown to iLaks’ readers.

The aquaculture industry is by  multinational and mobile: both capital and labour move across national borders. This includes the suppliers, fish farming, wellboats, sales and processing. An effective job portal must reflect this.

With increasingly fast growing traffic, we can firmly say that our job vacancies section is reached by significantly more readers and job candidates than competing online salmon farming publications.

Grows faster
SalmonBusiness is growing rapidly and is developing as expected, in line with plans that were put in place before the publication was released, just over 13 months ago. Traffic growth is actually higher than iLaks had at the same period – in its first full year of operation. At the same time, we anticipate a substantial increase of volume of readership in the coming years.

But who are the readers?

Readers are primarily people involved in the extended salmon farming value chain. At the same time, readers naturally follow the fish further down the value chain than in the sister news service, iLaks. There is a heavier downstream readership in SalmonBusiness. Readers are primarily in Western European countries, as well as USA, Canada and Chile, but also in India, Australia and a host of other countries.

Around the clock
To a much greater extent than iLaks, SalmonBusiness’ traffic is 24 hours a day. When we logged in this morning in Europe, readers in Asia and Oceania are heavily engaged. Throughout the day, the site’s traffic gradually moves through Europe and across to Americas.

And what are they reading?

SalmonBusiness’ readers are not very different to iLaks readers. Accidents, mysteries, crimes, technological innovations and acquisitions. We know, for example, that land-based fish farms are popular reading on iLaks, but there is actually an even greater interest in this topic on SalmonBusiness.

The most read story on SalmonBusiness so far is this one, which has received over 30,000 clicks.