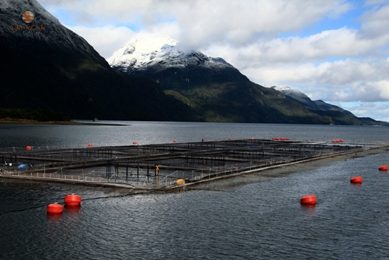 Chilean salmon farmer Salmones Multiexport has earned a profit of 74 million for the first nine months of 2017, parent company Multiexport Foods has reported.

The result is a USD55 million increase over the same period of 2016 as larger volumes and lower production costs coincided with ‘the positive market situation’.

“This great effort has been reflected in the excellent obtained results, as well as in the recent restructuring of our financial debt,” Multiexport Foods general manager, Andres Lyon, was quoted as saying,” adding, “The company is in an excellent position for the next few years.”

Lyon was referring to a USD100 million loan refinanced with a range of banks. Afterwards he said it showed “the confidence that exists in the financial market” in the company’s development.

The company’s EBITDA, largely gross profit before deductions, reached USD106 million in the highlighted period, or up USD27 million over a year ago.

Company income in the same period rose USD110 million over the year-ago period to USD364 million, a testament to the 50,000 tons of raw material sold, a 23 percent spike over the first three quarters of 2016. Atlantic salmon represented 95 percent of the total volume sold.