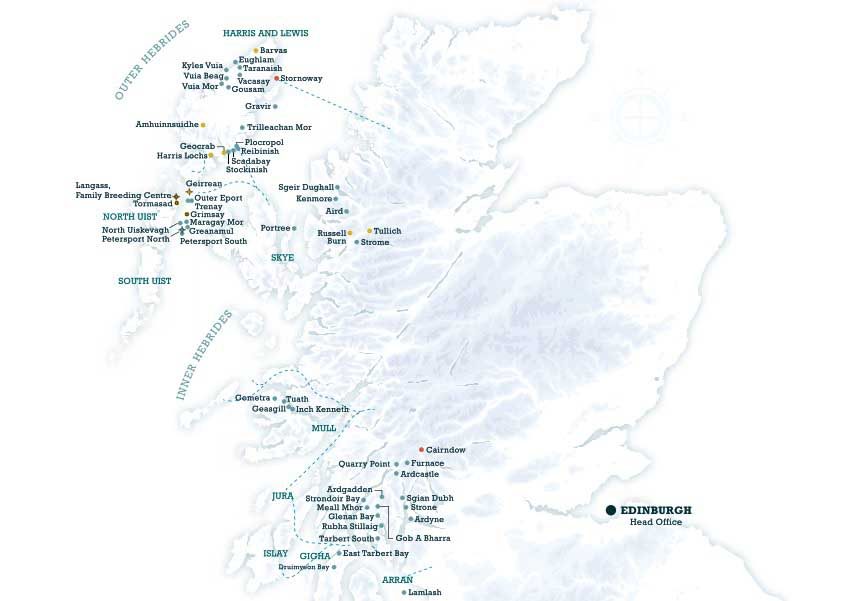 The Scottish Salmon Company reported late Tuesday that the company had achieved third-quarter earnings before tax and fair value adjustments of £4.7 million, up from a loss of £3.4 million a year ago, after record revenues and 6,781 tonnes of harvested salmon.

The company reported the quarter had been impacted by a forced early harvest of smaller sizes as warmer weather at the end of the quarter brought fish deaths.

“Higher costs from mortalities continue into Q4 and may continue to affect costs into 2018,” the company warned.

Net operating revenues surged 43 percent year-on-year to £39 million “driven by continued high prices and increased harvest volume,” according to company leadership who had just met at the Grand Hotel on Jersey, a Channel Island. They had succeeded, they said, in reaching upscale salmon markets with their Native Hebridean brand, and exports to North America — now an “ambitious drive” — had increased six percent.

A new filleting plant in the south of Scotland, meanwhile, aims to use more of each salmon and add production flexibility in-line. The plant’s goals are more of the exports that accounted for 48 percent of third-quarter sales value.

“Ongoing stocking of cleaner fish throughout all sites and further development of site specific health planning have contributed to improved management of these issues,” a statement said.