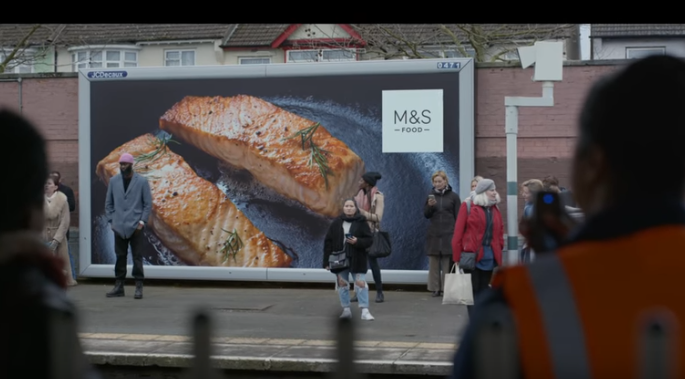 Lerøy and SalMar owned Scottish Sea Farms’ salmon feature on high street stores new ad that resurrects its “This is not just food, this is M&S Food” slogan.

SSF, producers of M & S’s Scottish Lochmuir brand posted on Facebook on Thursday that they were “chuffed to see our farmed Scottish salmon feature in the new Marks and Spencer TV ad and on the front cover of some of today’s newspapers.”

The ad campaign will also feature in the Manchester Evening News, Daily Record, as well as the London version of the Metro.

Commenting on the new campaign Scottish Sea Farms’ Managing Director Jim Gallagher told SalmonBusiness: “We’re immensely proud to be the exclusive supplier of M&S Lochmuir salmon; salmon which is nourished with a sector-leading diet and feeding regime to produce a quality, texture, colour and taste that is second to none. So to now see that same premium quality salmon showcased as a customer favourite in the new M&S campaign is a huge moment for all of the team, but particularly so for our farmers who work hard day in, day out and in all weathers to ensure a superior product every time.”