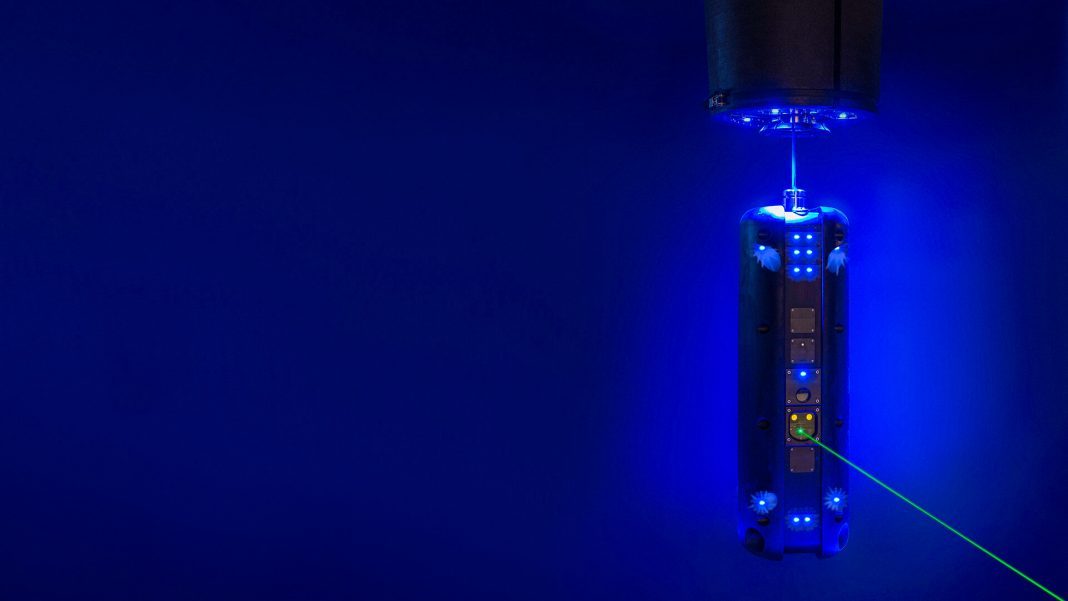 The Stingray – a lice-killing machine – has shot a billion laser beams into salmon cages since launching four years ago.

In 2014, Stingray launched a lice laser beam on the market, and since then bots have been working 24/7 to shoot sea lice in cages along the entire coast of Norway. In January, an important milestone was reached when Stingray was able to record a billion shot laser beams fired. The event was celebrated with champagne and cake in Oslo, Norway, where the lasers are built, monitored and serviced.

“We are very proud to help farmers to keep their lice levels down. This means increased profitability for farmers and better animal health for the salmon,” said Stingray CEO John Arne Breivik in a press release.

Lice lasers use stereo camera vision, advanced software and targeted lasers to automatically remove lice while salmon swim around the cages. The operation is monitored remotely from their offices.

“During these four years, and after a billion laser pulses, we have not yet received messages or documentation from customers about damage to salmon,” said Breivik.

This was the second major milestone for Stingray at the start of the year. Recently, lice laser number 250 was installed at salmon farmer Wilsgård Fiskeoppdrett’s site in Troms, Northern Norway.

Since 2012, Stingray Marine Solutions has grown from five employees to 45 employees today and is aiming to grow to 60 employees in 2019. The laser beams can also be used to monitor the lice levels in the cages, and during the first half of 2019 launched a biomass measurement tool, a service that makes it easier for farmers to optimize feeding and to plan harvests.

Salmon lice are one of the biggest problems in the aquaculture industry, and the most important obstacle to further growth in the industry. Norwegian fish farmers annually spend a total of EUR 1 billion in direct and indirect costs of combating salmon lice and are increasingly seeking to control sea lice through non-medicinal, environmentally friendly approaches.