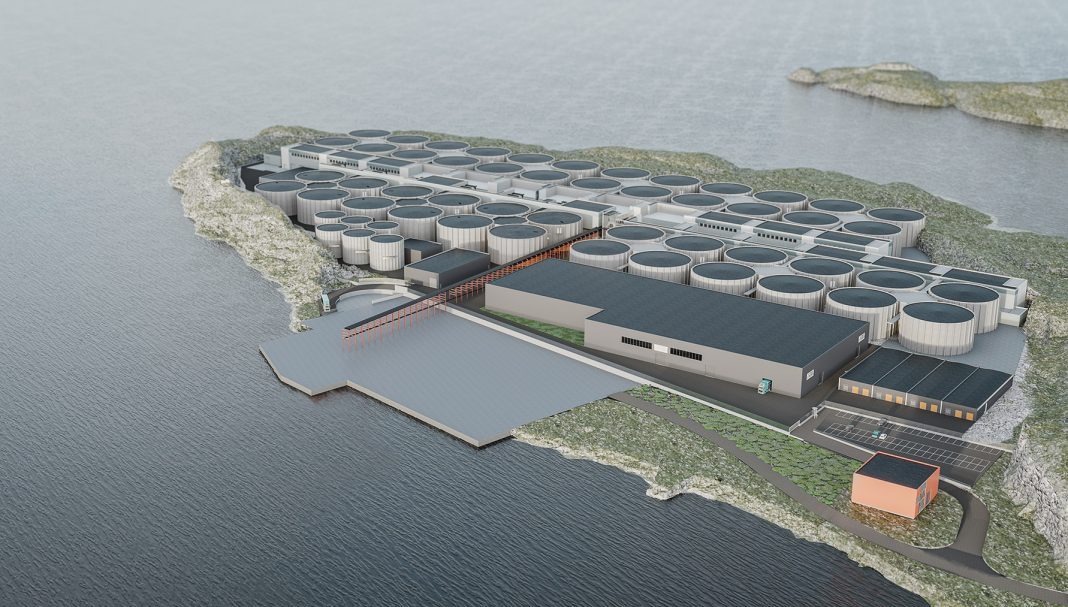 One of the world’s leading seafood enterprises has put in EUR 4.6 million investment to acquire a minority share in the land-based salmon farmer. New projects, scale as well as substantial distribution and sales opportunities are on the cards.

Under the terms of the agreement, the two partners further plan to enter into a partnership on jointly constructing a land-based salmon farm in South Korea utilising Salmon Evolution’s technology. They will also jointly consider future opportunities for scaling similar projects in other Asian markets as well as the North American market.

“This is a very exciting opportunity for us,” said CEO Håkon André Berg at Salmon Evolution in a press release on Monday morning. “Collaboration with a global player like Dongwon Industries will strengthen our commercial opportunities as well as giving us solid industrial support for scaling our concept in new markets.”

Agreement
“The dialogue with Dongwon Industries has been ongoing for some time, and it became clear for us that the company had the intention to invest in Salmon Evolution. However complications related to Covid-19 delayed the process, which makes it even more gratifying that we have now have an agreement in place.”

“After assessing a number of projects for land-based fish farming enterprises, we concluded that Salmon Evolution represents the best investment and partnership opportunity in the sector,” explained Kiyun Yun, Dongwon’s CFO.

“We believe that Salmon Evolution’s technology does the best job of recreating natural marine conditions while avoiding the many challenges faced by conventional fish farming in the sea.”

Investment from South Korea’s largest fishing company and owner of StarKist Tuna is quite a significant move. The diversified seafood company, which turns over around USD 2.3 billion a year, is established in China, New Zealand, as has overseas bridges into Japan, U.S.A., E.U. and other countries.

Facility
Salmon Evolution began in May the construction of a land-based salmon farm in Hustadvika, Western Norway.

This facility will be based on 65 per cent reuse and 35 per cent supply of filtered and temperature-controlled seawater, which will contribute to optimal operations and substantially reduce risk compared with other types of land-based aquaculture using virtually full water recirculation.

On completion, the salmon farm at Indre Harøy will have an annual production capacity of about 36,000 tonnes of Atlantic salmon.

“An investment by a large global seafood player sends a strong signal to the industry at this early phase,” said Tore A Tønseth, chair of Salmon Evolution.

“Our existing owners have broad experience from the whole value chain for conventional aquaculture and a high level of expertise with the various technology concepts for land-based fish farming. The fact that Dongwon is not only investing in us, but also plans to enter into a partnership with our company, is a strong verification of our potential.”

Partnership
Tønseth said substantial sales and distribution opportunities could come out of the partnership.

“This takes us a long step forward in the work needed to ensure scaling and access in a world market where quality and sustainability are becoming ever more important. Dongwon Industries will also be a strategic partner in our future distribution network.”

Pareto Securities and DNB Markets have acted as financial advisors to Salmon Evolution in the transaction.