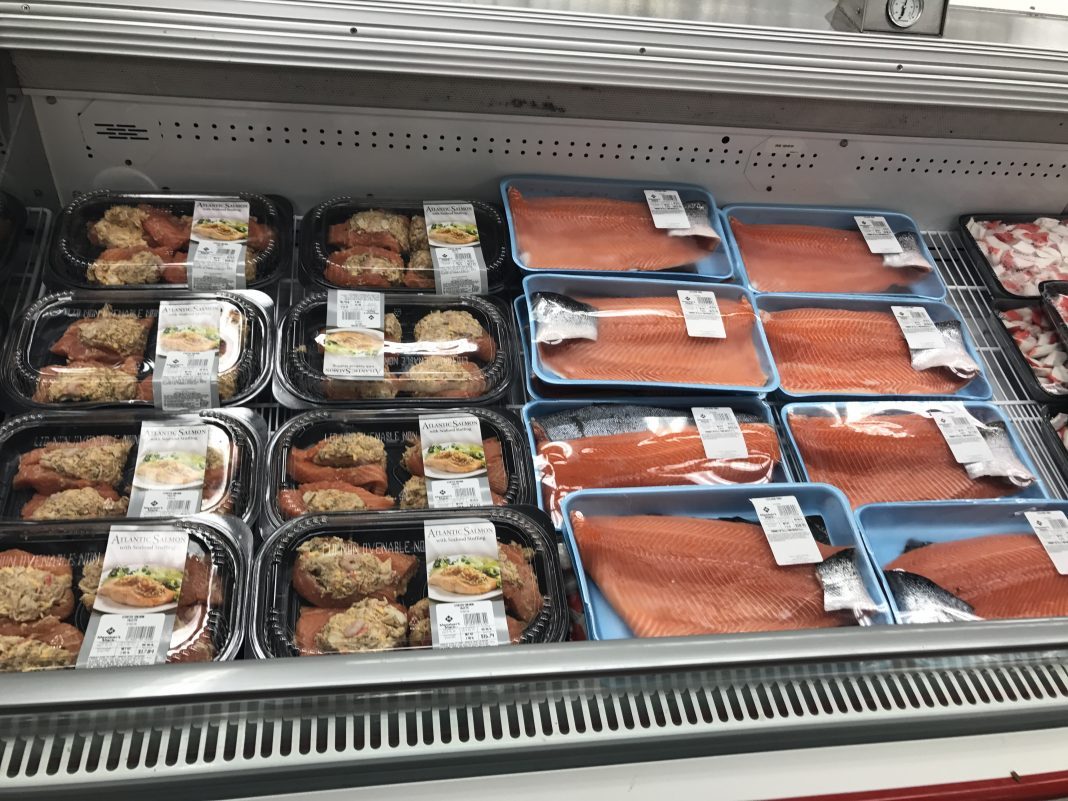 Lower prices ought to stimulate demand for salmon

The salmon farmer’s salmon price has fallen heavily more or less uninterruptedly for half a year. At the same time, retail prices at the large international grocery chains have been stable and high. This has tempered demand for salmon for the end customer and, with that, strengthened the price fall.

At the same time, record-high feed sales have pumped up biomass holdings in the sea and cemented a supply situation the likes of which haven’t been seen for years.

Now, Stockholm-based SEB says it thinks retail salmon prices at the supermarkets could be trimmed back in 2018.

SEB expects an increased supply of salmon in 2018, driven in part by increased outflows from Chile that are expected to level off at the beginning of next year. The brokerage also notes in a report that retail prices have peaked and are weighting down demand. It is, however, expected that these prices will come down in the reporting seasons to come, and that development will stimulate demand, TDN Finans reported, citing the big Swedish bank’s analysts.

It looks like next year’ consumer prices will have a decisive effect on stores of farmed salmon.