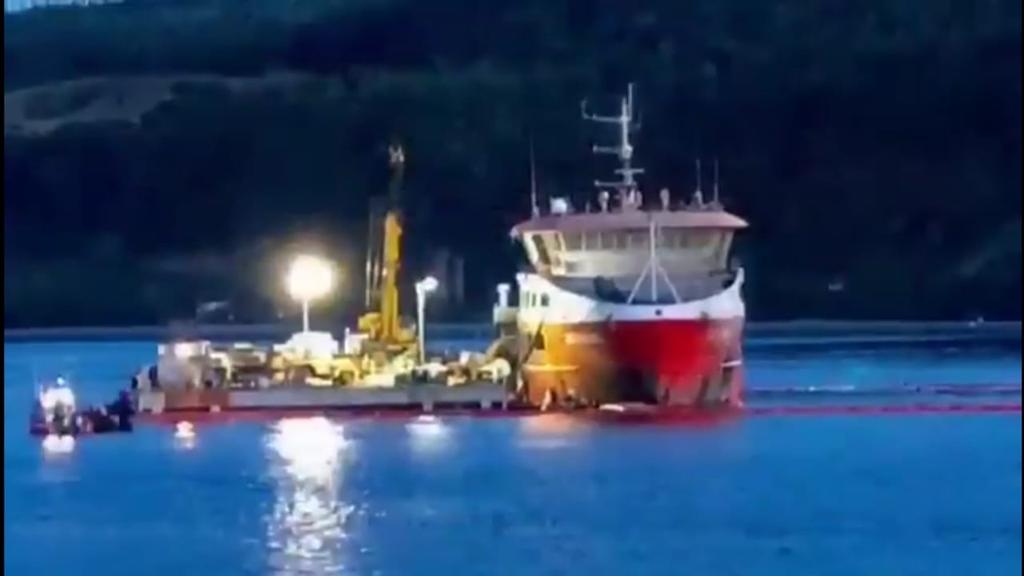 On Tuesday night Chilean time, authorities began to move the well-boat that sank last year in Chiloé, to the Bío Bío region. However its rotten cargo is of huge concern.

The maritime authority made a final inspection to the ship to authorise its transfer with a towing system from Chonchi to the bay of Talcahuano, a journey that could take up to five days.

The wellboat sank outside the village of Chonchi, just south of Castro on Isla Chiloé in southern Chile nine months ago. The boat had only been in operation for one month before sinking.

According to RadioBíoBío, the port captain of Chonchi, Eugenio Bosque, said that the boat left at 22:00 towards the north of the country.

The vessel is still believed to contain a considerable amount of dead salmon.

Chiloé governor, Fernando Bórquez, said that he anticipated that the final disposal of the remaining decomposing salmon will be deposed of at a nearby plant in the region.

The former mayor of Talcahuano and current deputy Gastón Saavedra told La Estrella that “it is correct that in the south the extractions of these decomposing fish are made, to avoid transporting this real atomic bomb through the Chilean seas until arriving at Talcahuano.”

The mayor of Talcahuano, Henry Campos, announced that he will be presenting a protection appeal on Wednesday in the Court of Appeals of Concepción. Campos is concerned that the remaining salmon onboard is a health risk and may also be an environmental disaster.