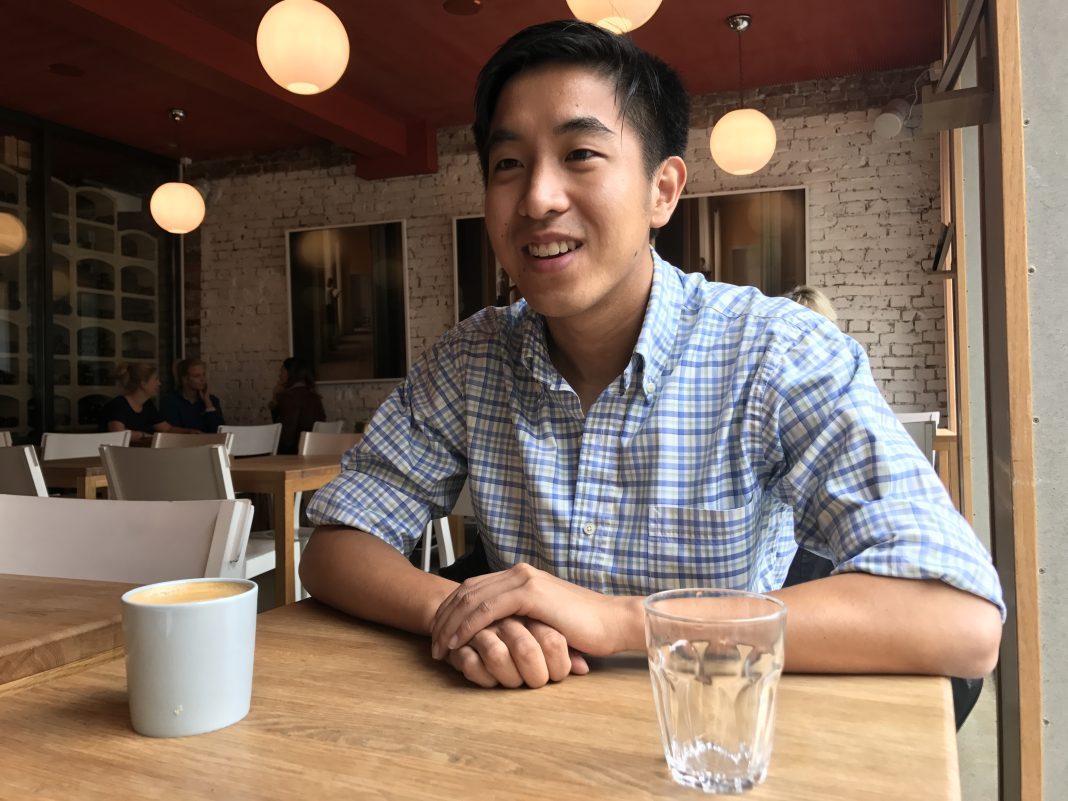 Bryton Shang is the CEO of Aquabyte. Photo: Aslak Berge

He has no experience of salmon farming, but that does not necessarily have to be a disadvantage. Bryton Shang looks at the salmon farming industry, and sees untapped possibilities.

“I studied at Princeton University, operations research and financial engineering. Then I started with stock trading, building algorithms to buy and sell stocks, in New York. After that I started my own trading firm, and became involved in the Silicon Valley start-up scene,” Bryton Shang told Salmon Business.

“I started studying when I was 17 and graduated when I was 20, as the number one student. I became an expert in data science and machine learning before the field was popularised.”

Start-up
He grew up in Ithaca, upstate New York, where Cornell University is located.

“I was involved in a technology start-up that specialized in computer vision technology to diagnose cancer. Physicians diagnose cancer today by taking tissue samples and studying them under a microscope. We took a picture and diagnosed on the basis of it.”

“It soon became clear to us that one could use similar machine learning technology in other industries, including aquaculture. We looked at several industries, but growing up I had a family friend who was a professor of aquaculture at Cornell, and former business partners who had also invested in aquaculture. There’s a lot of interest in aquaculture in the United States, but not too many fish farms there.”

Now, the newly-launched Aquabyte concept is funded and ready to be tested. That’s why Shang took the trip to the fishfarming conference Aqua Nor last week – and is still staying on in Norway.

“We have raised venture capital and finished funding the initial round,” he said, but would not comment on how much money they have accumulated.

Software
However, Aquabyte is not primarily a camera supplier.

“We focus on software development. Many are focused on hardware for use in the oil and gas industry. But there are large differences between equipment that is designed to be used 1,000 meters below sea level and salmon farms in shallower water. These cameras are designed for very deep water, overengineered and costly. We can build a camera system at 1/10th of the cost and focus on superior software on top.”

He believes his background and connections in the IT hub southeast of San Francisco give a clear advantage.

“Silicon Valley has expertise in building software and using machine learning. We will build a platform that is robust enough to be in the sea. We will build the best computer vision. In Silicon Valley, we have access to all the best brains. We will set up our main office in Norway, in either Bergen or Trondheim.”

“We will not be in the camera industry. We will be in machine learning or software/computer industry,” he emphasized.

Funding
Aquabyte has solid funding. On the ownership side, they have primarily the billion fund NEA, located in Menlo Park at Palo Alto in the heart of California’s Silicon Valley.

“They are one of the largest, oldest, and most respected VCs (venture capitalist firm) in Silicon Valley. One of their partners was former CTO of Sun Microsystems and a professor at MIT. Our second investor is a fund affiliated to Princeton University. VC and Princeton are well known and give us access to talent.”

“They earn the money on a few investments. Most investments lose money. And they seek exit through an IPO or M&A. They invest in seed capital, typically the first step in VC, and typically go into software companies that can reach a value of one billion dollars.”

Is a value of one billion dollars for Aquabyte your target?

“For us, only the software side will be based in the United States. Product development, sales and operations will be in Norway. After Aqua Nor, I can see that it is perfectly reasonable to be located here. I have an analogy: if you start a software company, where would you build it but Silicon Valley? Software and machine learning must be based in the United States because they have the greatest expertise there. Otherwise, it makes sense to locate the company where fish farms are.”

He believes there are big opportunities in this market – with a different mindset than the traditional one.

Billion
“I think camera technology will be commoditized. A camera company will never be worth one billion dollars. A machine learning company may be. But in this case one needs both the software expertise in Silicon Valley and the farming skills to realize it.”

“We will have access to Big Data. I think everyone realizes that their data is valuable. And there are many ways to leverage this: site selection, biomass estimation, lice counting. These interact with each other.”

“Disruption occurs in many industries now. Many are looking at new technologies,” he adds, referring to SalMar’s Ocean Farm and fully automated and closed aquaculture facilities. “These are good, but I think it’s important to focus on how it is today, because the existing type of facilities will be around for a while. You will not replace the workers at the farms with technology. It will be a combination,” he added.