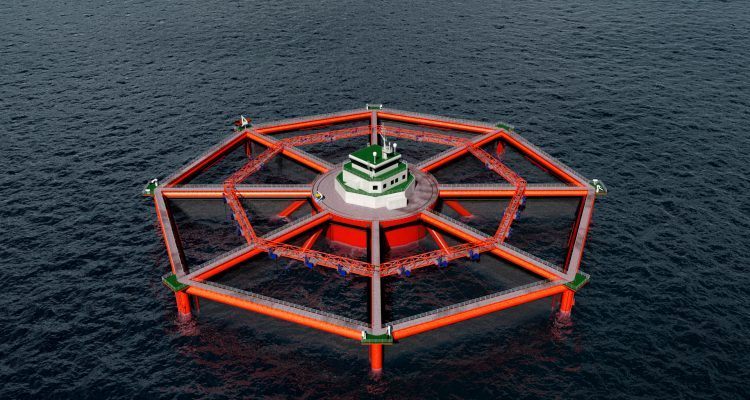 Another Norwegian giant is in the works.

Norway-based SalMar has told newspaper Adressa that it intends to build a EUR 157 million “offshore” enclosed salmon grow-out for three million salmon that the company says has been drawn up to be 160-metres in diameter.

That’s more than the length of one-and-half of football pitches (fields if you prefer).

Smart Fish Farm will dwarf the gigantic Ocean Farm 1, the full, 110 m breadth of which is already at sea. Ocean Farm is built for 1.5 million salmon and cost EUR 72 million kroner.

In a press release, SalMar said the project aims at mitigating environmental problems and acreage restrictions faced by the industry today. That is translated to mean letting the ocean flush and aerate the site while also dispersing its sediments and breaking free of coastal fish-farming restrictions based mostly on illness and sea lice.

Smart Fish Farm will be anchored in the Norwegian Sea off the coast of central Norway.

“It’ll be able to tolerate wave heights of up to 31 metres,” said SalMar founder and majority owner, Gustav Witzoe.

“That means the pen can lie well out in the Norwegian Sea, and SalMar has started work toward identifying the area best-suited environmentally for its establishment.”