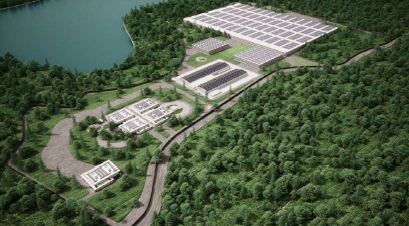 In a presentation, 8F, an asset management firm focused on impact investing, has revealed the status of one of its ambitious land-based sites, Pure Salmon Japan.

Soul of Japan
8F are working with RAS firm AquaMaof Aquaculture Technologies – who are providing the tech for the sites. Pure Salmon, will be known as Soul of Japan in Japan, will be majority owned by 8F’s private equity fund, which also owns a 50% share in AquaMaof’s RAS facility in Poland.

8F had initially planned to build an Atlantic salmon facility producing 5,000 tons per annum but will now be doubling the production capacity to 10,000 tonnes.

The land selected for the facility is in Tsu-City of Mie Prefecture, within the Kansai region on Japan’s main island of Honshu. It is 412km from Tokyo, and 147km from Japan’s second largest city Osaka. Situated in an industrial park, up to 13.6ha is available with a negotiated price of JPY13,037/sqm (USD 117.4/sqm).

Cleared most of the issues
8F wrote that they have been engaging with local authorities on various regulatory standards and have cleared most of the issues except salinity levels in discharged water, which has taken longer due to the non-standard parameters being used in Japan, although the company expects confirmation of this by end of September.

AquaMaof has started design works for the Japan facility.

Currently, the company can import salmon eggs from Canada and the US and negotiations are in progress between Japan and Iceland to put in place the required import treaty.

8F wrote that it expects regulatory approval within the next few months.

At LTM fillet price of USD 14.69/kg, the project is expected to achieve net returns of 4.4x MOIC (multiple on invested capital) and 30.7% IRR (internal rate of return) in Year 8, assuming exit at EV/EBITDA multiple of 7.4x.