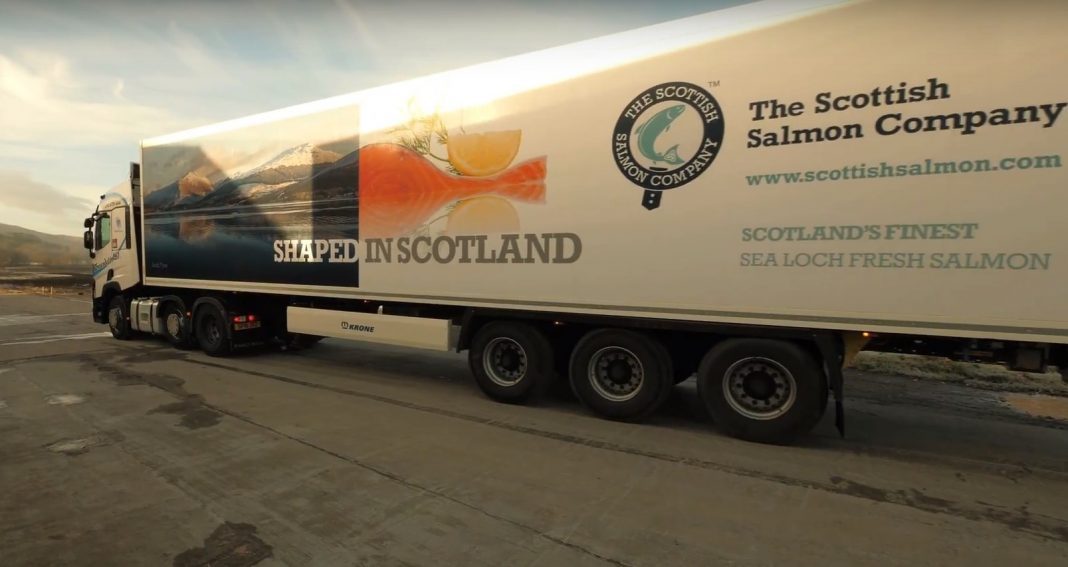 Oslo-listed, The Scottish Salmon Company, is launching its new brand, Lochlander Salmon, at the Seafood Export North America event in Boston this week, the company has announced.

SSC is calling Lochlander Salmon a premium brand from operations “only in Scotland”. Its operations there show it is an integrated producer, with its own smolt production in freshwater, marine farming harvesting and processing plus sales and marketing.

The Lochlander Salmon launch comes after recent statistics show 2017 was a record year for salmon exports that grew by 35 percent to GBP 600 million. The USA remains the largest market with sales worth GBP 193 million, followed by France (GBP 188 million) and China (GBP 69 million).

To develop the brand, SSC said it had commissioned market research outfit, Ipsos Mori, to conduct one-to-one interviews with leading chefs in New York City who, not surprisingly, said quality, freshness and authenticity of food supply were of paramount importance. “The research highlighted that chefs wanted to know more about how their food is farmed, to be proud of the food they serve and to have a brand name which communicated Scottish quality,” a statement said.

Lochlander, SSC said, has been developed with premium restaurateurs, up-market hotels and top class chefs in mind. The North American market is fast becoming known for its demands on quality and traceability.

“We are extremely proud of Lochlander Salmon, which offers our export customers a premium quality Scottish salmon, raised for approximately three years on a rich marine diet with zero GMOs, hormones, steroids or chemical colorants in the feed,” said Craig Anderson, chief executive of SSC.

SSC recently announced that is it the first salmon producer in Scotland to be awarded Best Aquaculture Practice (BAP) certification for all its marine sites.

Since 2011, SSC’s exports have more than doubled and currently accounts for over half of sales.