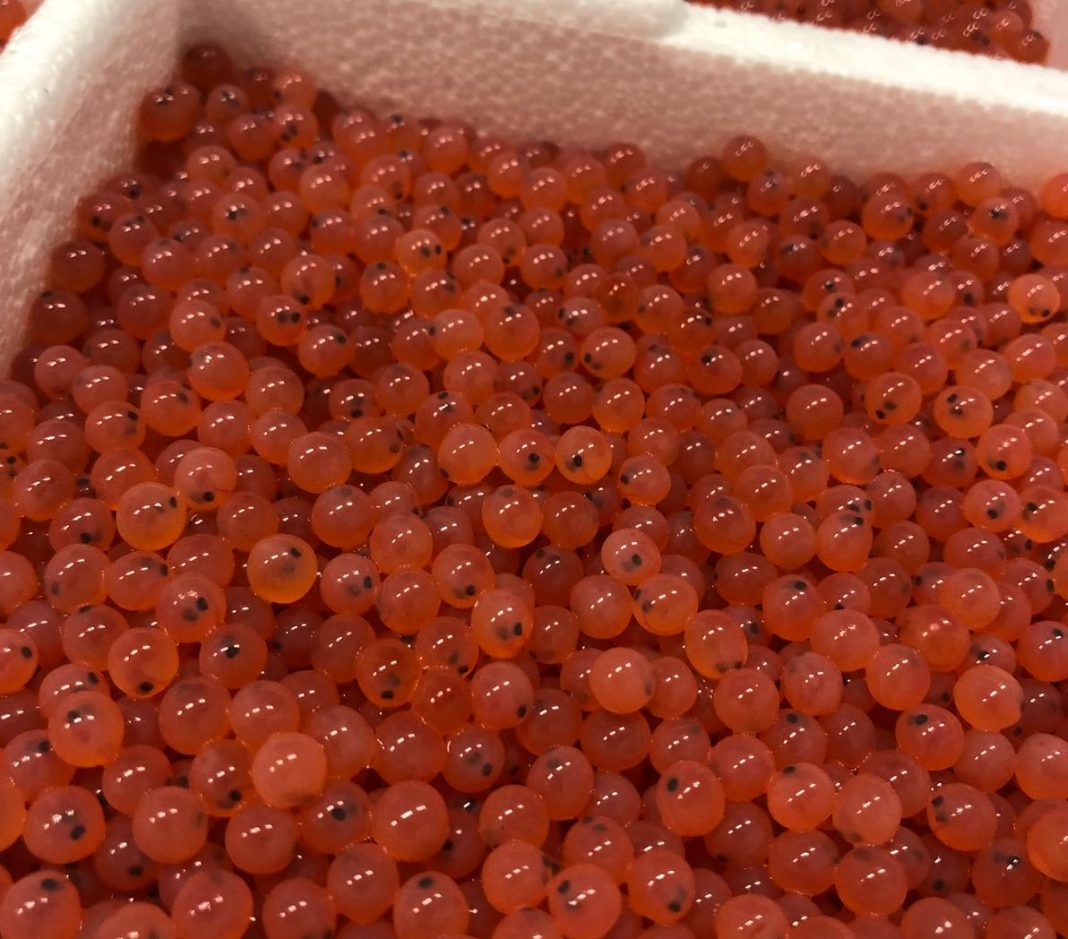 Chosen as the supplier of the first batch of eggs to Atlantic Sapphire.

Stofnfiskur hf, part of Benchmark Genetics, have announced that they have delivered the first batch of eggs ever to land based facility Atlantic Sapphire in Miami, USA.

Ova
The batch of 400.000 eggs were shipped out of Reykjavik on 26th of November and landed safely in Miami the day after. Upon arrival at the site, the eggs were undergoing quality control before they were transferred to the hatching racks.

Johan Andreassen, chief executive of Altantic Sapphire said: “We are very pleased with the quality of the ova we received. These eggs are the starting point of our production in the Miami facility, and we are expecting to harvest the first batches in the fall of 2020.”

Broodstock
StofnFiskur’s production model has some similarities with the Atlantic Sapphire model, holding the broodstock in land based systems throughout the entire life cycle, and using deep drilled well water, free of any contagious pathogens. The company’s closed compartment system has been approved by MAST in Iceland according to OIE standards, as the only salmon egg producer in Europe.

Specially adapted for land based systems
Andreassen said: “Biosecurity is very important to us, as we are running a full scale land based operation based on RAS technology. Knowing that the eggs from Iceland hold the highest  biosecurity standards in the industry is an important measure of security to our BluehouseTM technology system.”

Jónas Jónasson, chief executive of StofnFiskur hf said: ”We are very pleased to have been chosen as the supplier of the first batch of eggs to Atlantic Sapphire. Through the years, StofnFiskur has developed products specially adapted for land based systems and we have significant experience in supplying ova across the world. Our breeding operations in Iceland provides eggs every month of the year in order to satisfy the demand by the new and fast developing global land based salmon industry.”