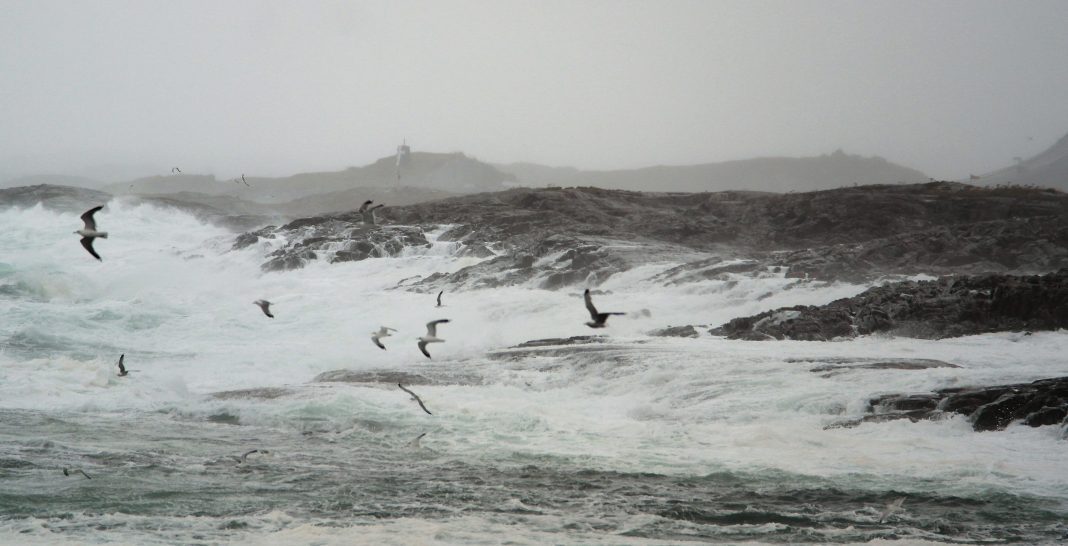 “A storm center that’ll bring storms in part of southern Norway on Thursday and Friday has been christened Caroline by the UK MetOffice. Scotland to get strong winds and gusts,” meteorologists wrote on their Twitter accounts Thursday.

Hurricane-like
Salmon-farmers in Scotland and the Faroe Islands have already felt Caroline’s powers. Now the storm center is on a trip over the North Sea, and over the course of the day, extreme weather will roll in over western Norway with some hurricane-strength winds.

Norway next
According to Yr.no, a Norwegian weather channel, Friday looks like it’ll present the toughest potential challenges for salmon production in Norway. Windward mountains in the south of Norway can expect a full storm that’ll move northwest and bring flurries.

In coastal counties Rogaland and Hordaland, gails can be expected in exposed areas, and by Friday night, smaller storms could occur and bear down with sleet, rain and hail along the coast. Sightings of lightning are possible.

Activity up
This week is assuredly one of the best for salmon producers. In fact, exports of 30,000 tonnes of salmon in 1,500 truckloads are expected every week in December due, in-part, to pre-Christmas trade. These large volumes of trade are in special need of easygoing logistics.

The weather could impact fish-gathering from pens and logistics dependent on ferries, bridges and mountain passes.