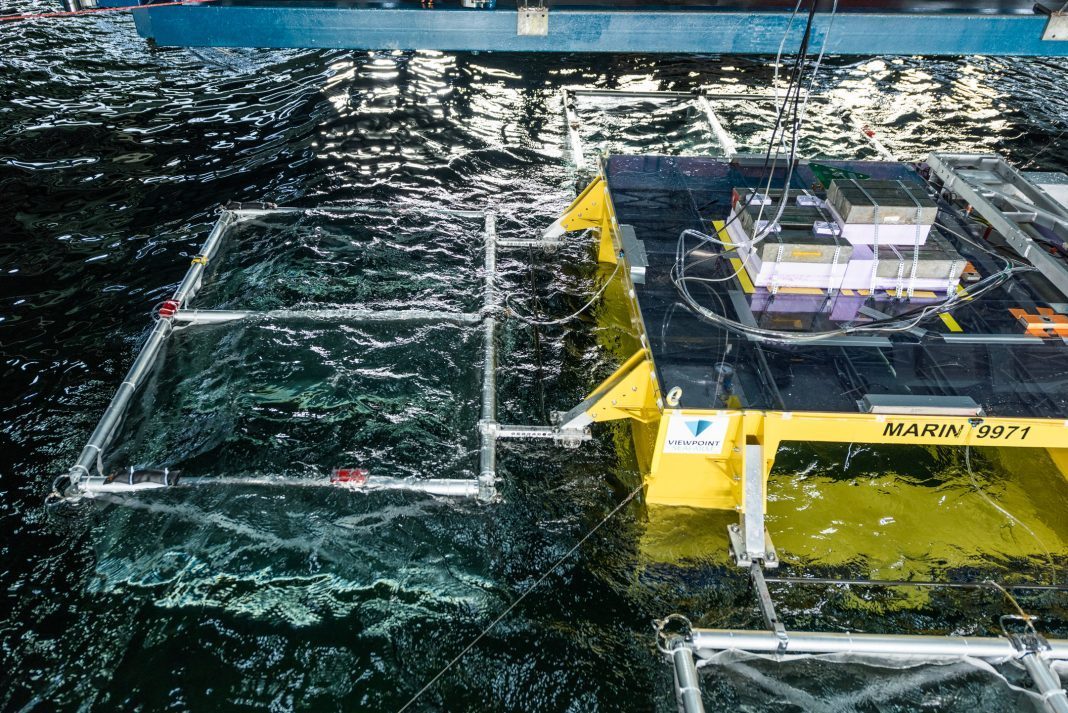 The project could be rolled out by 2020

The concept, titled the Viewpoint Project is being tested for waves between 3.7m and 8m in height, as well as a velocity of up to one m/sec. Twenty development licenses have already been applied for the project.

“Both the scaled model and the facilities are very good and we got this test verified so that the concept works as intended. Even at the most difficult areas,” said Krogenes.

Thanks to the project, an open ocean salmon farm can be operated without the use of sea vessels. With the oil-rig as a base, essential operations like sea lice treatment, fish sorting and packing could be carried out in controlled and permanent manner at a sea location.

Rolled out by 2020
The group project based in the Netherlands, has been a leader in the design and construction of offshore facilities and aquaculture facilities. Viewpoint Seafarm are confident that the first facility will be ready to by 2020.

“The facility is very nice and has limited exposure to movement even in high waves,” says Krogenes.

“We firmly believe that the production of salmon in this way, at permanent sea sites, will safeguard fish welfare, as well as secure jobs in the coastal industry,” he added.

Building
The plant will be built by Aibel in cooperation with Moss Maritime who will responsible for the reconstruction of the oil rig as well as the cages which will be fitted below. Aqua knowledge, a company owned by Mørenot, will also support the project with their own concept which significantly simplifies the operation and replacement of tarpaulin skirts around sea cages.

The concept is patented and the project is funded by private investors and by Innovation Norway.