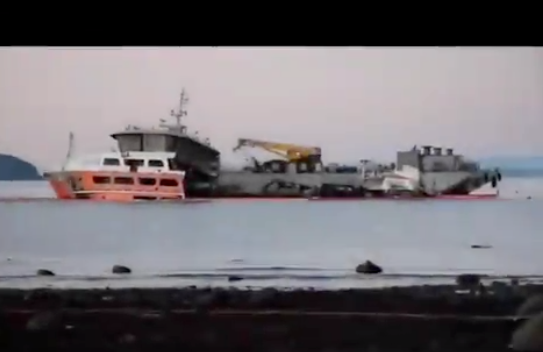 The vessel will start its five day journey to the port city of Talcahuano on the 1st of August.

The governor of Chiloé has announced that final manoeuvres of the sunken ship were carried out this Sunday in Pilpilehue, Chonchi commune.

The ship has been refueled according to reports in soychile.cl.

The governor of Chiloé, Fernando Oyarzún, announced the news at a meeting Friday in prepartion in ahead of the vessel’s righting.

Work began on raising the wellboat “Seikongen” earlier on in July. The wellboat sank outside the village of Chonchi, just south of Castro on Isla Chiloé in southern Chile nine months ago.

Chiloé’s governor, Fernando Bórquez said it would take up to five days if everything “is done according to the protocol we stipulated.”

15 people will work in the project including the Chilean navy according to the governor Fernando Oyarzún.