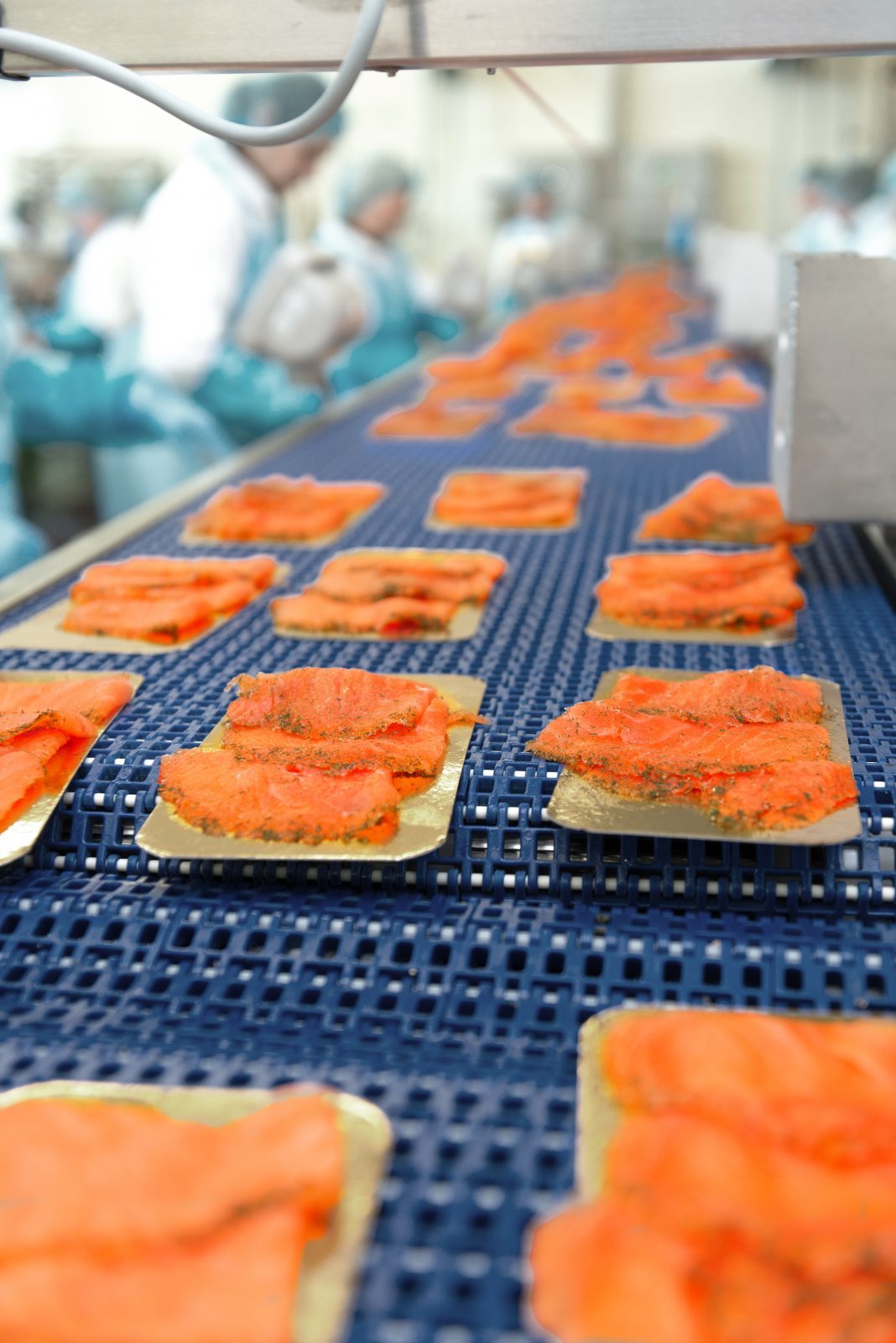 American and European supermarkets, among them Walmart and Aldi, may inadvertently have subsidized the North Korean government’s nuclear weapons program by selling seafood, an Associated Press investigation has found.

Their seafood sales may also have supported forced labor. Salmon is one of the most widely-sold seafood products in supermarkets worldwide.

North Korea is sending tens of thousands of workers worldwide to bring in an estimated $200 million to $500 million a year. That could account for a sizable portion of North Korea’s nuclear weapons and missile programs, which South Korea says have cost more than $1 billion.

Packages of salmon fillets
The AP investigation tracked products made by North Korean workers to the United States, Canada, Germany and elsewhere in the European Union.

In Chinese factories, North Korean workers aren’t allowed to leave their compounds without permission, and must walk from housing to factories in pairs or groups, with North Korean minders. They receive a fraction of their salaries, while the rest — as much as 70 percent — is taken by the North Korean government.

China, Russia and the U.S.
Roughly 3,000 North Koreans are believed to work in Hunchun, a Chinese industrial hub near the North Korean and Russian borders.

They’re sourcing their seafood from China, Russia and the U.S.

Shipping records show more than 100 cargo containers of seafood were sent to the U.S. and Canada this year from the factories where North Koreans were working in China, including packages of salmon fillets, snow crab, and squid rings.

Walmart, Aldi and REWE
Some of the packages were already branded in China with names like Walmart or Sea Queen, which is sold exclusively at Aldi supermarkets. Seafood can remain in the supply chain for more than a year.

A Walmart spokeswoman said company officials banned their suppliers from getting seafood processed at a Hunchun plant a year ago after an audit revealed potential issues with migrant workers.

Boxes at the factories also had markings from several major German supermarket chains and brands. REWE Group, which owns REWE markets and the Penny chain, said their contract with Hunchun Dongyang has expired. All the companies that responded said suppliers were forbidden to use forced labor.