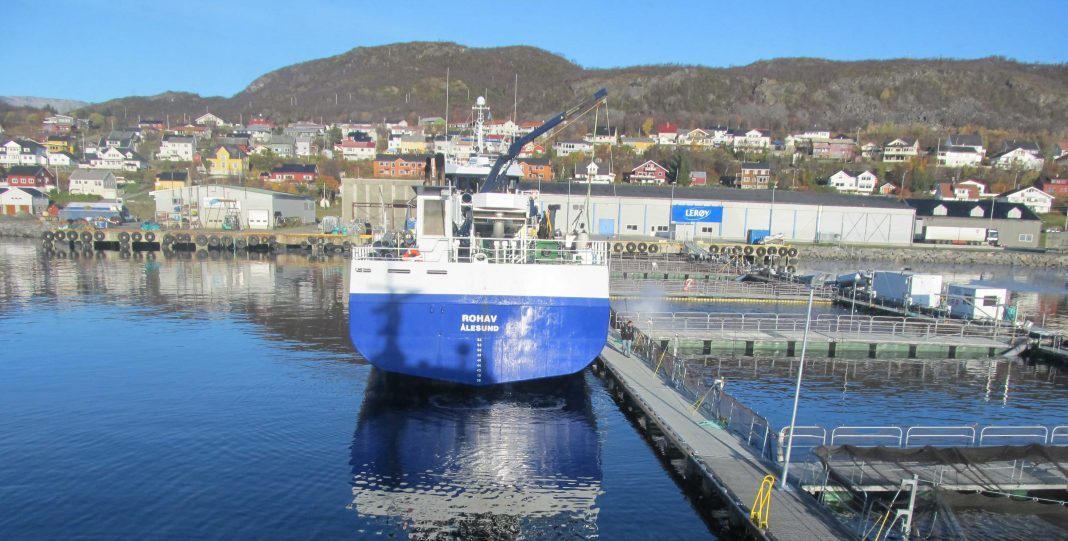 The increase in profit in Q2 2018 when compared with the  same quarter in 2017 is mainly attributed to a higher harvest volume for salmon and trout, according to a press release from the compnay.

Exclusive of earnings from the Wild Catch segment, this corresponds to an EBIT per kilo  before value adjustment related to biological asset in Q2 2018 of €2.4.

“The salmon and trout prices in Q2 2018 were extremely volatile and remain at a high  level. The high prices and increased harvest volume in the quarter are the main factors behind the highest second quarter operating profit in the Lerøy Seafood Group’s history,” explains CEO Henning Beltestad.

“However, the prices realised  in total by the Group have been impaired by a number of aspects: the realised  prices for  trout are  lower than  those for  salmon, the Group had a harvesting profile in June with high release from stock at lower prices and the downgrading of  quality in one of the regions.”

“The Farming segment is currently making substantial investments in new industrial  facilities to improve productivity throughout the value chain, including investments in several regions to gain access to larger high-quality smolt,” he says.

“We are very confident that  the new facilities  will produce more robust smolt that will in  turn gradually allow substantial organic growth in our annual harvest volume,” he continues.

The VAPS&D segment’s operating profit for the quarter has been impaired by the extremely volatile spot prices for salmon, which have made marketing difficult, and the start-up costs for the new plants in the Netherlands and Spain.

The development in prices for Atlantic salmon to date in 2018 has been extremely volatile.  This obstructs industrial development and has an impact on the willingness among market actors to assume positions and take risk. At the same time, the Group has close links with the end market and observes a very positive underlying growth in demand for both Atlantic salmon and other seafood.

The  Group is not satisfied with the developments reported by Lerøy Sjøtroll in 2018, but  feels confident that the initiatives taken will generate substantial improvements in the next few years. In this context, the investment in the RAS facility is important. The Group expects the facility to produce larger smolt of higher  quality, in turn improving productivity when the smolt are released to sea.

The board of directors has not changed its estimates for strong earnings in 2018 as a whole, but currently expects a weaker result in Q3 than that reported in Q2.