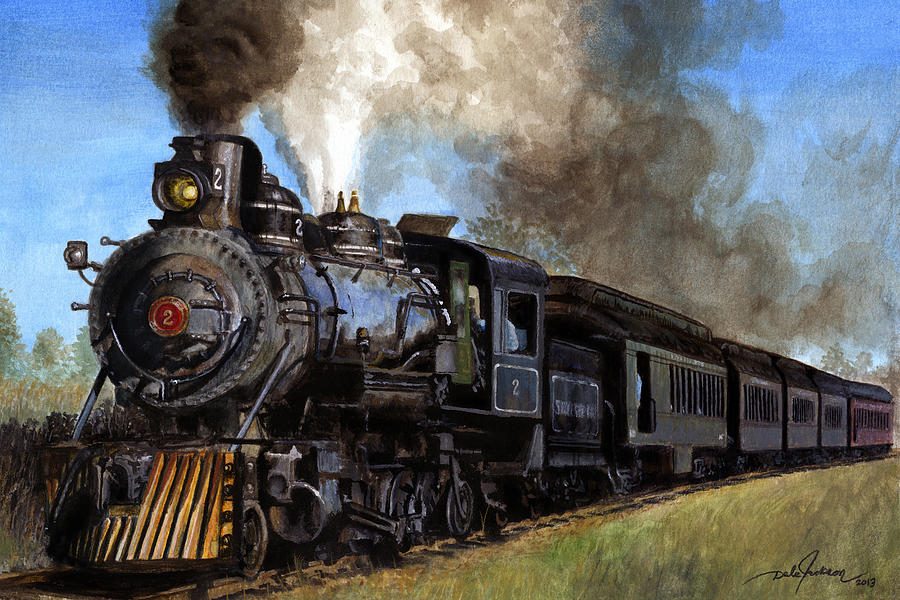 What do the development of the railways and industrial fish farming have in common?

In September 1825, the Stockton & Darlington Railroad Company commenced operating a scheduled service transporting goods and passengers with a locomotive designed by the English engineer and inventor George Stephenson. Numerous attempts had been made before, but Stephenson’s “Rocket” is deservedly given the credit for being the first authentic locomotive. It was capable of pulling six coal wagons and 21 carriages with 450 passengers at a speed of 14.5 kilometres per hour.

Simply put: it was a revolution.

The trains were able to transport people and goods long distances over land – at speeds and punctuality that had only been dreamed about before.

The new form of transport spread quickly. In the 1830s British engineers were laying railway tracks in the United States. The colonial power of Great Britain built railways in India, South Africa, Canada, Malaya and Australia, as well as in Argentina, China and Russia.

There was one common denominator: in this initial era the railway lines and locomotives were as a rule built, operated and/or owned by British interests.

This period also marked the establishment of the railway as a highly significant component of the USA’s infrastructure. There were soon more kilometres of track there than in the whole of Europe. The railway network opened up the vast agricultural expanses of the American Mid-West to the global market. Grain and meat, at ridiculously low prices, flooded overseas markets.

It was a game changer.

Railway shares wowed Wall Street. In those days the Manhattan street also served as the communication equivalent of today’s Internet. These shares enabled men such as Cornelius Vanderbilt and Jay Gould to join the ranks of the United States’ richest. The richest of them all, John D. Rockefeller, gained his wealth by transporting oil – via the railway. The railway shares also poured prosperity into the City of London, right up until World War I broke out. At that stage, the British had to sell out in order to finance the war effort. Not long after that the British rail saga had come to an end.

Today it is Norwegians playing the Brits’ role in the sector of industrial marine fish farming. Over five decades fishermen, farmers and entrepreneurs have developed a random hobby into large-scale industry – and they have willingly shared their experiences, expertise and capital on several continents. On the U.S. Pacific coast, in British Columbia and Chile, Atlantic salmon mainly of Norwegian descent are farmed – not Pacific salmon. Indeed, the United Kingdom’s own salmon farming industry is largely owned by Norwegian capital.

Norway has been/is at the forefront in: production of farm cages, feeding systems, nets and feed rafts, but also veterinary services, marine biology, genetics and water purification. The dominant feed manufacturers all originate from Norwegian initiatives. It’s no coincidence that Norwegian Pharmaq has started selling vaccines for pangasius in Vietnam. Pharmaq has a 70 percent market share in micro vaccines for farmed fish.

Fish farming is not a new industry. Neither is another Norwegian industrial adventure, whaling. But as with whaling, Norwegian marine farming pioneers turned an old industry into a new – by way of industrialisation. It was Norwegian founders who developed the explosive harpoon, floating factories and pelagic fishing. Norwegian capital was behind the major whaling companies.

Norwegian capital also introduced fish farming to the stock exchange. First through Stolt-Nielsen’s Sea Farm in 1985, later through Pan Fish – and numerous others. When Alfred Berg and Elcon Securities secured € 11 million through an IPO for Pan Fish in the summer of 1997, this laid the foundation for the company, which after several rounds of refinancing and mergers, has transformed into the Marine Harvest we know today: a Titan with a market cap of over € 8 billion.