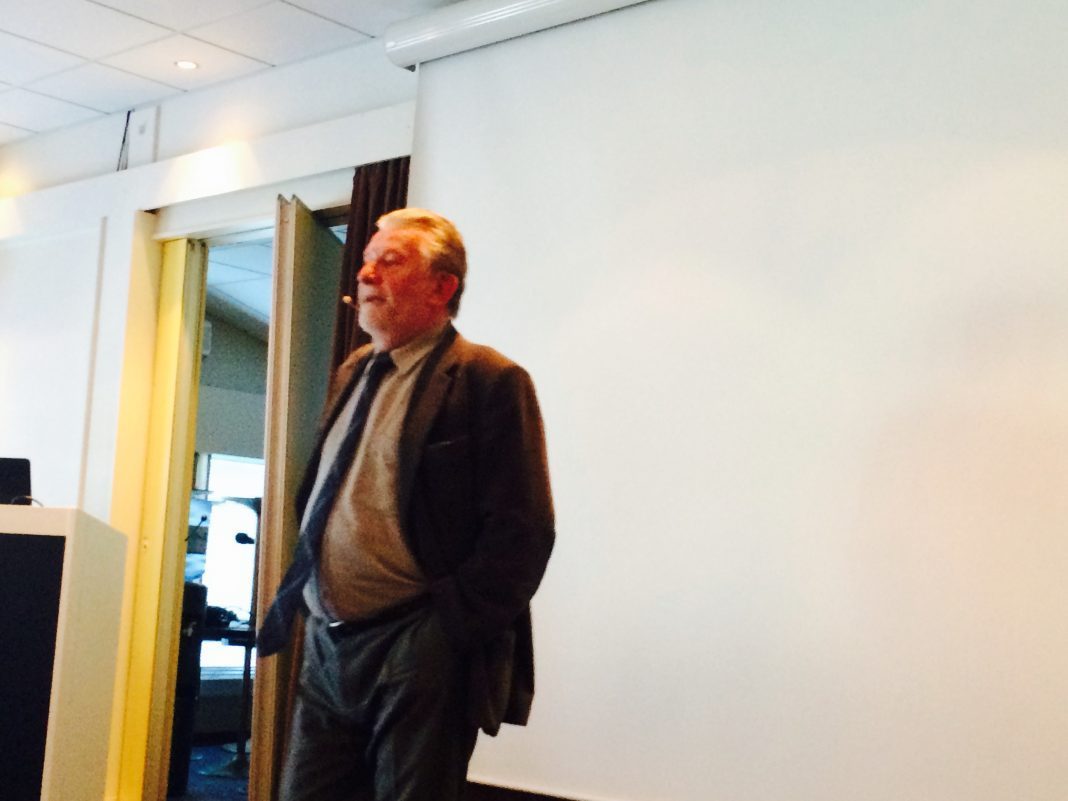 Hans Wilhelm Steinfeld was for many years the trusted correspondent in Russia for the Norwegian broadcaster NRK. He’s not optimistic regarding the ties between Russia and the West.

The time-honored foreign correspondent is now a PR consultant, and generously shared his experience and knowledge at a conference at Stord, Western Norway.

There’s the chilliest climate now between Norway and Russia “after the rape of the Ukraine”, according to him.

Self-sufficiency
“Russia imports 50 percent of its food from the EU. Salmon is synonymous with Norwegian in the Russian language. That’s how it’s been for quite a few years. But that’s all been stopped due to the response from the Russian side,” said Steinfeld.

He contends it is an illusion and self-deception on the part of the Russians that they believe they can cover this loss by producing their own food.

“In effect, the Russians put paid to their primary industries in 1930, and are still not back on their feet. Dream on,” he said about the notion that Russia could be self-sufficient anytime soon.

Empty ports
The outspoken NRK veteran talks non-stop, seemingly without drawing breath, and without a script.

“It’s empty in the world’s biggest fishing port, except for gathering dust. There isn’t a trawler left in Murmansk. I was there recently,  and the trawlers are in Mehamn or Gamvik [Northern Norway] instead. If a trawler goes to Murmansk, it’s fleeced for 15,000 dollars in bribes. At Mehamn pilots cost NOK 300-400.

“Metaphorically speaking, the whole idea is to have the ‘ropes’ lie ‘coiled in the right fashion’. That’s how corruption works.”

Steinfeld told his audience about a country that mismanages its own food production. From Murmansk on the Kola Peninsula, he crosses the Russian realm – to the Kuril Archipelago in the east.

Kamikaze
“The Kuril Archipelago is, ladies and gentlemen, 5,000 kilometres long. That’s a whole lot longer than from Stord to Bergen. It was from here that Japan started its kamikaze attack on Honolulu in 1941. Here they have a massive wild salmon industry based on pink salmon. The Russians remove the roe, 20 percent of the meat and burn what’s left of the pink salmon on the taiga. They [the Russians] are going to do a lot of burning, just as they have done for the past 80 years, before they see the light”.

He skimmed through 1000 years of history with diverse cold wars waging between Norway and Russia.

“When Russian forces advanced into Finnmark [Northern Norway] in 1944, a telegram was sent from the general staff to Stalin: ‘Shall we go all the way to Narvik and take control of the ice-free ports that we’ve needed the last 150 years?’ ”

“No, you shall return home,” replied Stalin.

Cold War
Russia has also shown mercy to Norway in the recent past. According to Steinfeld, Russian cruisers in connection with the “Elektron” trawler incident “could have sailed in and winched the entire Norwegian coastguard – the whole kit and caboodle up on the after-deck”.

“How long will the cold war last?” he asks rhetorically.

“Average duration: four to eight years. They can in some instances last two to three years, then possibly we’re looking at a change of regime”.

So far, the embargo on Western food exports to Russia has lasted for three years.