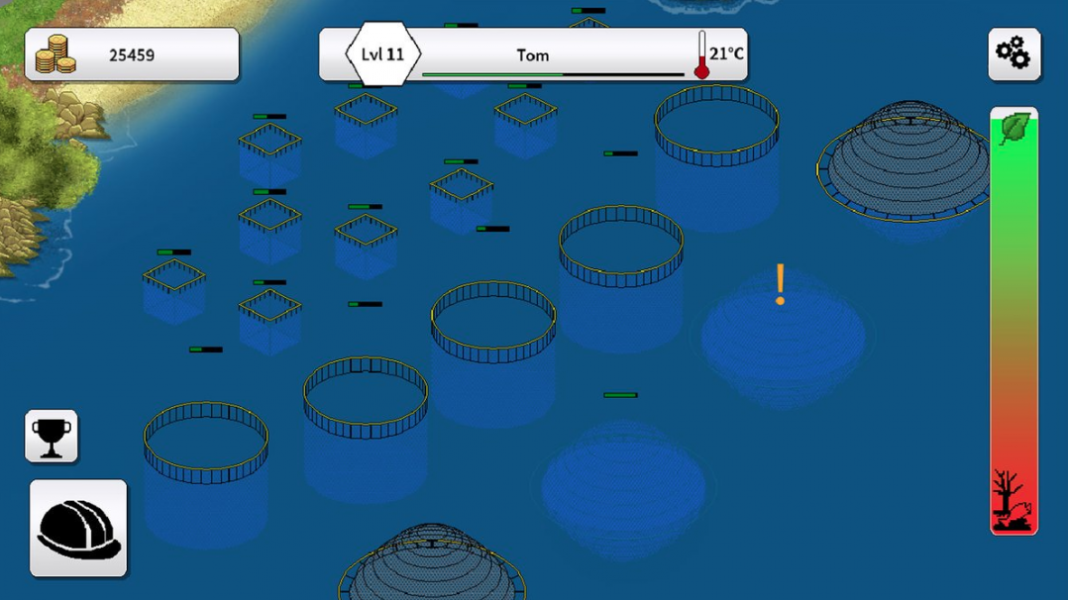 Two researchers in aquaculture genetics have created a game called AquaKultor to get people interested in the process.

Launched less than two weeks ago, AquaKultor is a sustainable aquaculture game where you can create your farm, feed your fish, and make the right decisions to make your farm prosper – all while monitoring it’s ecological impact.

Launched less than a week ago, #AquaKultor is probably the first & only sustainable aquaculture game: create your farm, feed your fish, select your best lines and make your farm prosper while monitoring your ecological impact. Can’t wait to play! Virtually #FARMEDintheEU pic.twitter.com/ggPrUhlSl1

Talking to SalmonBusiness, Francois Allal, researcher in aquaculture genetics and genomics said that they were inspired after seeing people playing games such as SimCity, Theme Hospital and Farmville.

“We are working on projects in common,” said Mathieu Besson, in postdoctoral position at INRA in fish breeding and genetics, “and we wondered how we could combine the two.”

The team managed to convince their colleagues to help them finance their game with a grant. The money was used to hire the help of the independent games studio, TOMAGameStudio, run by developers and designers, Thomas Casamento and Maïlys Brouste.

The free-to-use game was only launched at the We R Aquaculture Conference late August, but already they’ve got 1000 people around the world, including those from Marine Harvest and the European Commission.

Mathieu Besson said “It’s rare that we see games with an ecologically-based message. The game is about optimising your production while reducing its environmental impact. When done right you see an economical return.”

For now the game is about sea bass, but there isn’t a reason why it cant be done for salmon.

“We’ve got of ideas, our only hurdle is time and a budget. But other species such as salmon may be unveiled in the near future.”