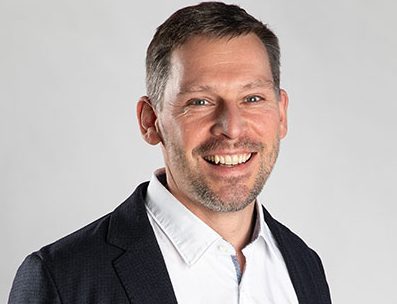 Carr was there to talk about DSM & Evonik’s venture Veramaris to produce sustainable omega-3 EPA & DHA from natural marine algae.

Change
“If salmon farmers are going to change, then they need confidence that Veramaris’ is a solution that can scale. So that they can produce not only something this month but also for the rest of the year and the decade, that’s what a full-scale facility gives,” he said.

It’s only been two months since the company opened up its first facility in Blair, Nebraska, USA, to the sum of USD 200 million. Carr explained that there was a strong public health driver behind the plan. According to one study, Carr explained, 250,000 people died in 2016 because of low DHA and EPA, directly attributable to cardiovascular disease.

Carr, who has been in the industry for over three decades and did stints at EWOS, Cermaq and Cargill, said that if the salmon feed market is to move towards a more sustainable future, it will only come from new technologies. “I find it exciting to connect the dots through the value chain and to try and understand what can be done,” he said.

Do consumers care what goes into feed?

“There is a lot of criticism of salmon farming still and a lot of it is centred around feed and nutrition – many people are aware that it takes 1.7kg of wild fish to produce a 1kg of salmon. Some think that’s fine, but many do not,” he said. “Therefore there’s a market opportunity to produce farmed fish – while at the same time reducing dependency on wild fisheries – and it makes sense”.

New raw materials
Carr explained that the availability of fish oil and meal is pretty static at 5 million tonnes of fish meal and a million tonnes of fish oil per year. “If you look in a silo now versus five years ago, there isn’t that much of a difference. If you are going to grow aquaculture, you need to find alternatives and new raw materials”.

It helps that in August, the supermarket giant Tesco adjusted their salmon specification to encourage their suppliers to embrace the use of algal oil instead of fish oil.

“Match has shown courageous leadership. There’s been a lot of negative coverage around aquaculture in France recently and we wanted to do something proactive. They said to their supply chain ‘how can we make this more sustainable’ and we were able to connect the dots and were put in touch with Linaglaks who were already using our agal oil from Skretting. And now salmon fed with Vermaris oil is now available across 400 stores across France”.

Market uptake
Is there a risk that salmon farmers may just stick with fish oil and feed as it’s the path of least resistance?

“There is a risk and that what the industry has done for the last decade. And that’s led to the fact that the nutritional value of salmon has diminished. If you compare the levels 10 years ago vs now, people are paying twice as much but they are getting a lower nutritional value. Not in all cases, but across the market that’s typically what’s happening. Therefore, there’s a compelling reason for salmon farmers to move, as they want to ensure the healthiness of the product,” added Carr.

Is this a potentially infinite additional feed source?

“What we need to do with Veramais is prove that we can make the full-scale facility that we’ve got is viable. Then once we’ve got significant market uptake of the technology, then we can start scaling that to other factories. And yes, theoretically it’s infinite, but we’ve still got a way to go,” he smiled.