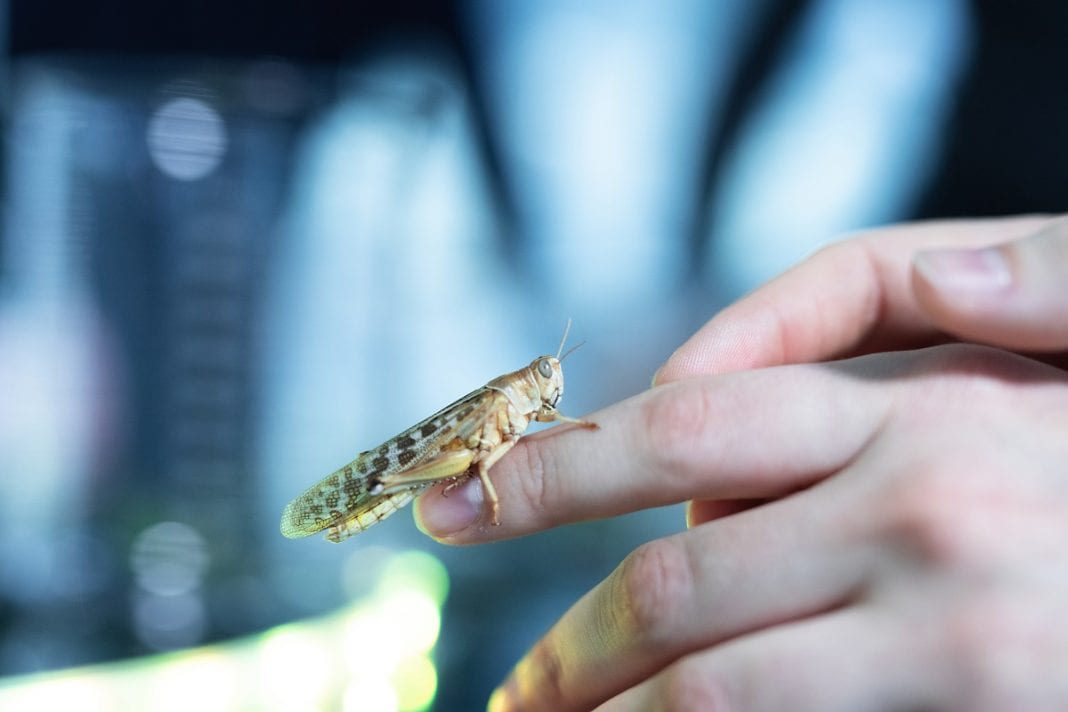 Feed from grasshoppers would compete with soy and fish meal.

“Salmon Group and Metapod pave the way for a new, locally produced source of protein that among other things should be used in the feed for the salmon. Industrial processing of grasshoppers provides a nutritious insect meal that will provide competition for soy and fish meal,” it was written in the press relase that Salmon Group and business partner Metapod sent out widely to mark the “exclusive agreement” between them.

Last week, it was announced that Salmon Group was scrapping its deal with the grasshopper feed manufacturer Metapod, since the industrial volume on which the deal was built could not be done.

Now it turns out that it is highly uncertain whether grasshoppers will be produced at all.

Trial
But there hasn’t exactly been a shortage of warning lights for this ambitious project.

How did Salmon Group due dilligence on how Metapod perform? What are salmon group’s prerequisites for assessing such investments?

“Metapod is an entrepreneurial company with young people who saw opportunities for the production of new sustainable raw materials for our industry. Our role, after clarifying the professional aspects of the use of this raw material in salmon feed, was as an “midwife professional” to ensure that the company could start further testing and scaling up,” Jan Olav Langeland, CEO of Salmon Group, told SalmonBusiness.

Large-scale
The agreement was extensively distributed and received significant media coverage. In the press release at the conclusion of the agreement, Salmon Group is quoted as saying that “Metapod has a unique position here”. It also says the grasshoppers will be “fed with residues from bread and brewery production that would otherwise end up as waste.” Raw materials from bread and brewery waste sound modest compared to Salmon Group’s overall feed needs.

“Large-scale grasshopper farming is new, and we’ve built our technology from scratch,” said Metapod founder Frederick Darien, who had no more than EUR 16,000 in annual sales to show for it. He went on to say that the company “can start large-scale production from day one.”

It is not clear in the press release that you will be a “midwife”, but rather a large buyer of industrially produced grasshopper feed. How did you do dilligence here and do you have the prerequisites to make such assessments?

“We have made our volume available to Metapod, and it is of course a shame that we cannot proceed with this at this time. We could guarantee deposition on everything they would be able to produce. We continue our search for new, sustainable raw materials for the fish feed and really we lost nothing but time on this. We are eager to see development of the industry and, as in all other developments, trial and error are part of the picture,” Langeland said.

Steward
“Salmon Group negotiates and manages procurement agreements with large volumes and values. The memorandum of understanding signed with Metapod in 2020 does not differ from other agreements,” he said.

Now this is not a procurement agreement with BioMar or Skretting. This is an agreement with a start-up company without either financing or factory for an untested technology and business model. Do you accept criticism for how this has been done and communicated?