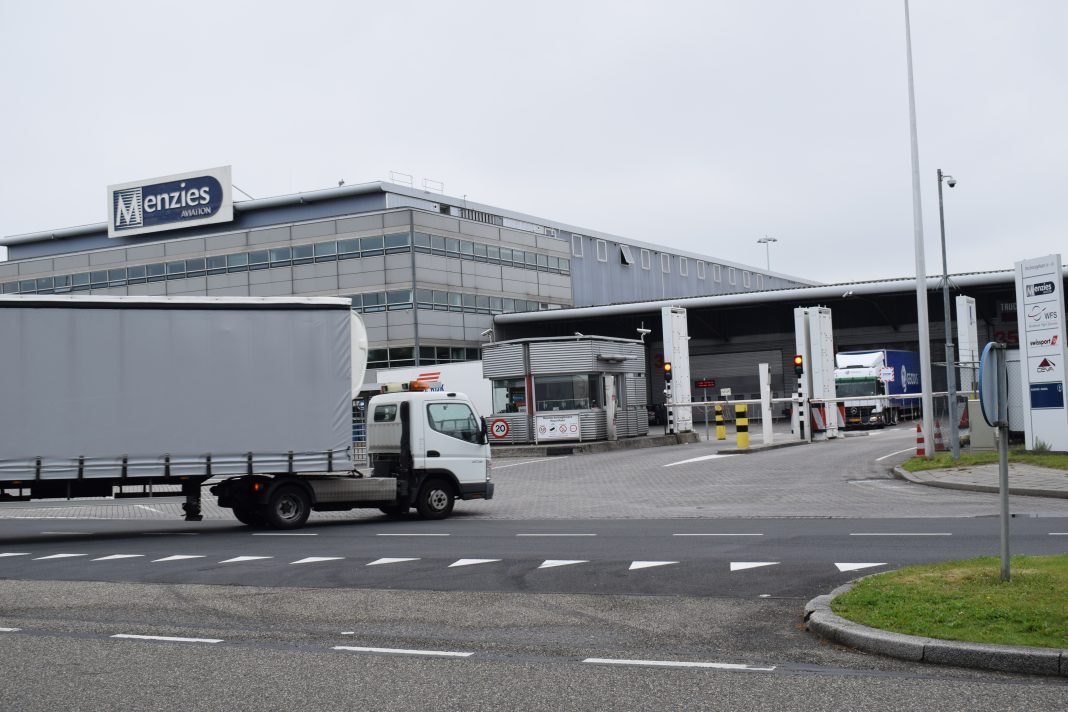 Amsterdam Schiphol airport is one of the most important transit hubs in Europe for fresh Atlantic Salmon. Dutch companies based in Urk, the fish capital of the Netherlands, benefit from its nearby location for fast deliveries.

Many Dutch seafood suppliers buy fresh salmon from northern Norway, transport it by truck to the Netherlands for processing, then fly it to customers all over the world from Schiphol airport, Europe’s third hub for salmon. “We use the time the fish needs to get out of rigor mortis for transportation,” says Tim Brouwer, general manager of salmon exporter Visscher Seafood from Urk. “For fish from Norway, Schiphol is the first airport from which it can sensibly be freighted world-wide.”

This transport scheme works very well for Visscher Seafood. “Because of our location close to Schiphol, companies from Urk are the only ones in the world who can get freshly slaughtered salmon as filets without pinbone – PBO – to a customer within three days from harvest. The fish is slaughtered on Mondays, and during the trip to Urk, it recovers enough from rigor mortis to enable us to trim, fillet and pinbone on arrival. We then ship it out to customers the following day from Schiphol,” says Brouwer.

Paperwork
The same goes for Lerøy Seafood sister company Rodé Vis, also from Urk, and the number one processor of salmon in Benelux, explains Sales and Operation Manager Jaap van de Berg.“Whole salmon is kept cool with ice, but we use two coolpacks for the fillets. All the fish is packed in closed styrofoam boxes, to avoid leakage. These are loaded onto special pallets designed for airplane use,” he says.

“Flying seafood is not really different from any other delivery. You just need to be more precise about weight and size of the packaging, and of course it requires more paperwork.” says Van de Berg.

The filets and whole salmon are delivered to customers in Asia, the Middle East and North America. Both companies work mainly with shippers AviAir, Kuehne & Nagel and Copex. “We deliver pallets to their coldstores, which are located at or close to Schiphol, and they take care of the rest,” says Van de Berg.

Salmon pioneer
AviAir director Roland Branderhorst founded his company twenty years ago. He was inspired to do so after meeting Botholf Stolt Nielsen and Arne Nore, who were founders of the Norwegian company Pan Fish. “They wanted to send fish through Amsterdam Airport, so we founded AviAir together. Pan Fish was the first, and at that time, the only company to use Schiphol as its hub. This gave the company an advantage over Norwegian companies that flew from Oslo. Pan Fish expanded quickly, and within a couple of years it had become second to Marine Harvest in the volume of salmon exported. However, when salmon prices dropped at the beginning of this century, the company went bankrupt and in 2005 it was bought by Norwegian millionaire John Fredriksen. He later bought Marine Harvest and joined the two companies,” explains Branderhorst.

Keen to grow his business, Branderhorst then started to look for other clients in the Netherlands, and found among others, Visscher Seafood and Rodé Vis. “We always look for the best and fastest way to get our clients’ fish to its destination and we organise everything for them, from airwaybills and health certificates, to certificate of origin and all custom formalities. We do the planning, and our partner Skylink, situated at Schiphol, takes care of the handling. Skylink has a large dedicated coldstore just for salmon, that can be used when a truck comes in early and the fish needs to be kept cool for more than two hours or overnight,” he said.

Branderhorst works in close cooperation with national Dutch airline KLM. “We promote KLM to our customers, because our experience with this airline is very positive. They take responsibility when things go wrong and there is no arguing about reimbursement. We meet with them regularly to improve and innovate our workflow.”

Shipping has to be planned at least a month ahead. “We plan together with the airline how many containers and skits (3.2 metre by 2.4 metre aluminium plates, used as a platform to build up pallets) they can ship on passenger and cargo flights, then pass this information to Skylink,” he explains.

Salmon used for balance
Leovent Sari manages the loading schedules for Skylink at Schiphol airport. He has a busy day. A truck load of whole salmon has just arrived from Norway, and has to be on a passenger flight at two o’clock. Several other trucks are waiting too. While he organises his staff for the unloading and packing of containers, Sari explains about salmon transport by air. “The containers we use are shaped to ensure they fit exactly in the hold of an aircraft. The same goes for the skits. Size and weight are crucial and everything has to fit exactly, to avoid sliding. This is essential for the balance of the plane, and fish and other heavy commodities are always put in the tail or the front end,” he explains.

Sari has done this job for almost twenty years and is proud of the business that has been built up. “When we started out nobody wanted to handle fish. It meant lifting heavy boxes, which were then around 24 kilos each. So we took the job on, we did it fast, build a good name, and now we handle most of the fish coming through Schiphol airport,” he said. “The containers we still fill by hand, but we use forklifts now for the skits, so the work is a lot easier!”