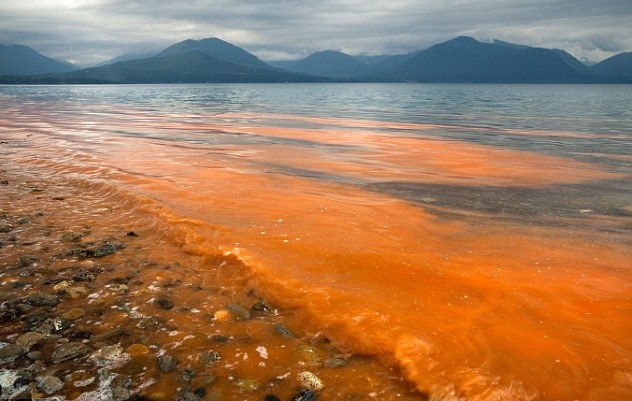 At the end of next week it was confirmed that 790.9 tonnes of salmon were lost after an algae bloom and accompanying outbreak of disease, mostly confined to Chile’s Region XI, Aysen.

Now, BioBioChile, the Web page of a radio station, reports that another 600 t has been lost in the Magallanes, Chile’s southernmost salmon region.

The dead fish — most of which appeared to have been of market size — will be transported 2,000 kilometers north to the port city of Puerto Montt. Eduardo Aguilera, regional director of fisheries agency, Sernapesca, reportedly said logistics are being worked out to freight the fish northwards.

A combination of environmental stresses, including a Red (algal) Tide, illness and low levels of oxygen in local waterways were reported as probable causes for the mass fish deaths.