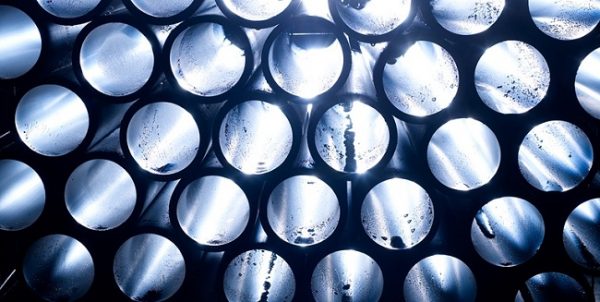 Plastic microbeads pour into marine habitats whenever a fish-farm’s auto-feeders blow hard feed through pipes and onto hungry salmon, a Norwegian green group has told regulators in Oslo.

The observation was made by Norwegian group, Friends of the Earth, an old membership-based organisation of some 20,000 supporters. The group says its calculations puts the amount of ground plastic released into the sea around Norway at 325 tonnes.

Arnold Jensen, a member of the Group, said he discovered the problem when he investigated discarded salmon-feed pipes. He found they had been ground down in some sections from 7-millimetre thicknesses when new to just 1 mm in some spots.

He cut the thrown-away pipe into sections and weighed them. The difference between worn and unworn pipe was about 550 grams of plastic per meter of pipe.

“An individual salmon farm has between 500 meters and 10,000 m of this type of pipe. That means the release of microbeads from feed pipes at a given facility could be between 250 kilograms and 5 t in a pipe’s usage life,” the Group said.

Their rough estimate, based on calculations of 800 grow-outs and 4,000 m of associate feed pipe, is that potentially 325 t of microbeads are pumped into the sea every year by Norwegian salmon-farmers.

“The spreading of plastic and microbeads (of plastic) in the sea is a serious and worsening problem,” a statement from the group said. “We demand a speedy change to the use of non-polluting material to slow its further spreading from aquaculture facilities,” the communique continued.