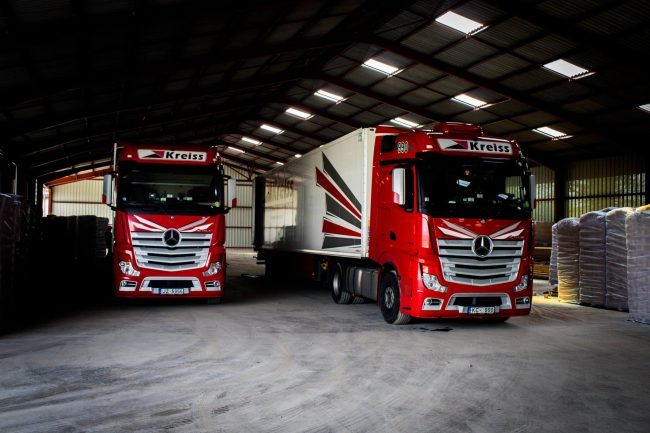 Transport company has Marine Harvest and SalMar on its client list

The company has said that Marine Harvest, SalMar and Coast Seafood have been its clients, and that it drives routes in Norway for Platina Seafood. Kreiss said it has performed several thousand so-called cabotage assignments in 2017, and documents reveal drivers have worked 56 hours a week, or 240 hours a month, for NOK 3500 (EUR 362). That’s NOK 15 per hour, or about NOK 150 below the Norwegian minimum wage for drivers of larger transports.

The Labour Inspection Authority confirmed for the Web site that a halt to operations and forced compensation had already been imposed.

Rihards Kluss, the company’s rep in Norway, said salaries and working agreements had to be wrong. He referred to the law firm LexSupport that drew up the contracts.

“The information and calculations carried out by NLF must in all likelihood not be in-line with the actual payments made by Kreiss,” attorney Anastasja Silova wrote in an email to the trucking news site.