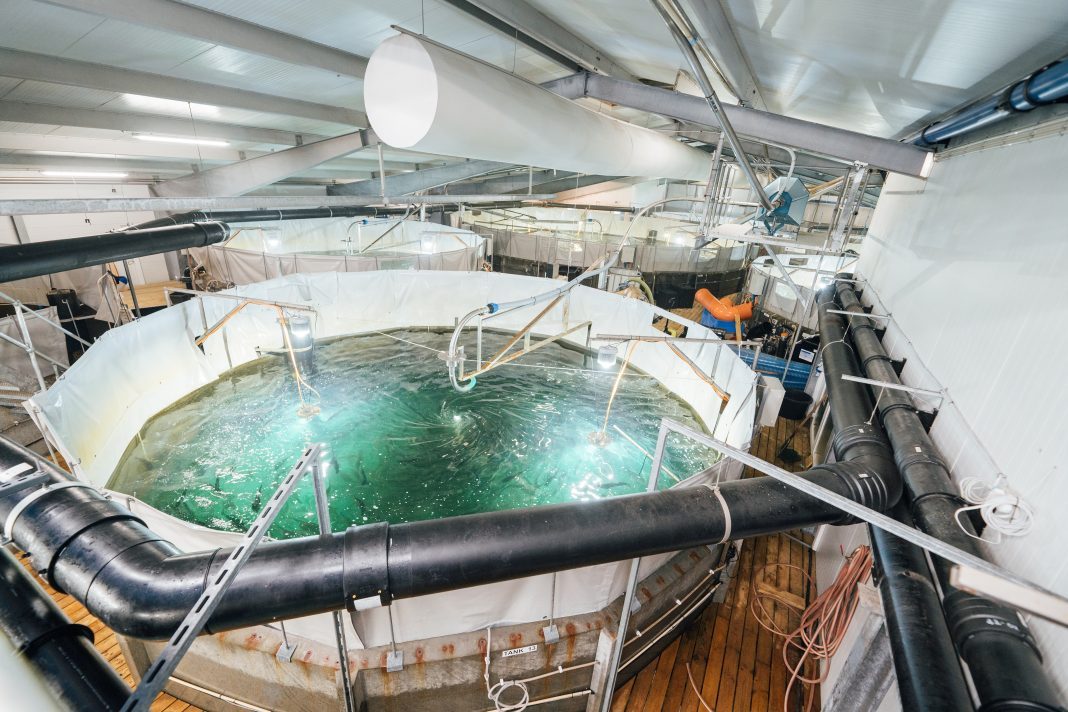 Everyone’s eyes are on Atlantic Sapphire.

They are all following the company closely. Not just the customers and the competitors, in open and closed cages. No, first of all, it is the suppliers of RAS technology. Both the company that has delivered to Atlantic Sapphire (Billund Aquaculture), but also the other suppliers of this type of production facility.

For them, it is of crucial importance that the pioneer company succeeds in its grandiose plans. Atlantic Sapphire is the first company to invest heavily in large-scale facilities for the production of salmon on land.

Quarter
With a theoretical production capacity (given financing and realisation of three stages of construction) of 220,000 tonnes in 2031, only multinational Pure Salmon, with its 260,000 tonnes, has larger production plans.

Together, this duo are behind almost a quarter of global plans to farm salmon on land, an industry report SalmonBusiness released earlier this week shows.

RAS technology suppliers are overwhelmed by demand. The demand is significantly greater than what the small number of suppliers are able to produce. Money is basically no obstacle, although this particular access to money attracts actors who are not always as serious.

Promise
At the same time, it is important for RAS suppliers that the Atlantic Sapphire locomotive succeeds. That they can deliver what they have promised. And what the suppliers have promised. They must be able to produce salmon on land, at the right quality and cost.

If not, the market interest, for both the fish and the fish farms, will fade. Not least on the stock exchange, where expectations of future earnings are absolutely crucial for the share price and opportunities to attract financing.

Risk
SalmonBusiness reported last week that there was EUR 2 billion in land-based salmon on the Oslo and Oslo and Nasdaq Stock Exchange. By Wednesday morning, EUR 100 million of this was wiped away immediately after the stock market opening.

This illustrates the risks in this business.

For it is still a green-field industry, a technology that is untested on a large scale. That point is not at all mirrored in the optimistic production plans of 2.3 million tonnes of salmon on land, only 400,000 tonnes less than global sea production in 2021.