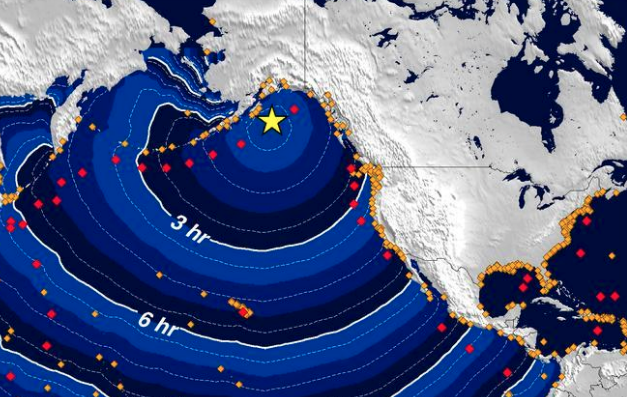 A Tsunami warning has been issued for the whole of the Pacific Northwest coast, from Alaska to south of Vancouver Island, after a severe earthquake that throttled the northernmost U.S. state coast at around 3 o’clock this morning.

The Canadian Press reported that tsunami sirens had gone off in Tofino, B.C., and the U.S. Geological Survey said the Alaskan earthquake had registered 7.9 in magnitude.

Residents in low-lying areas are reportedly being told to get to higher ground.