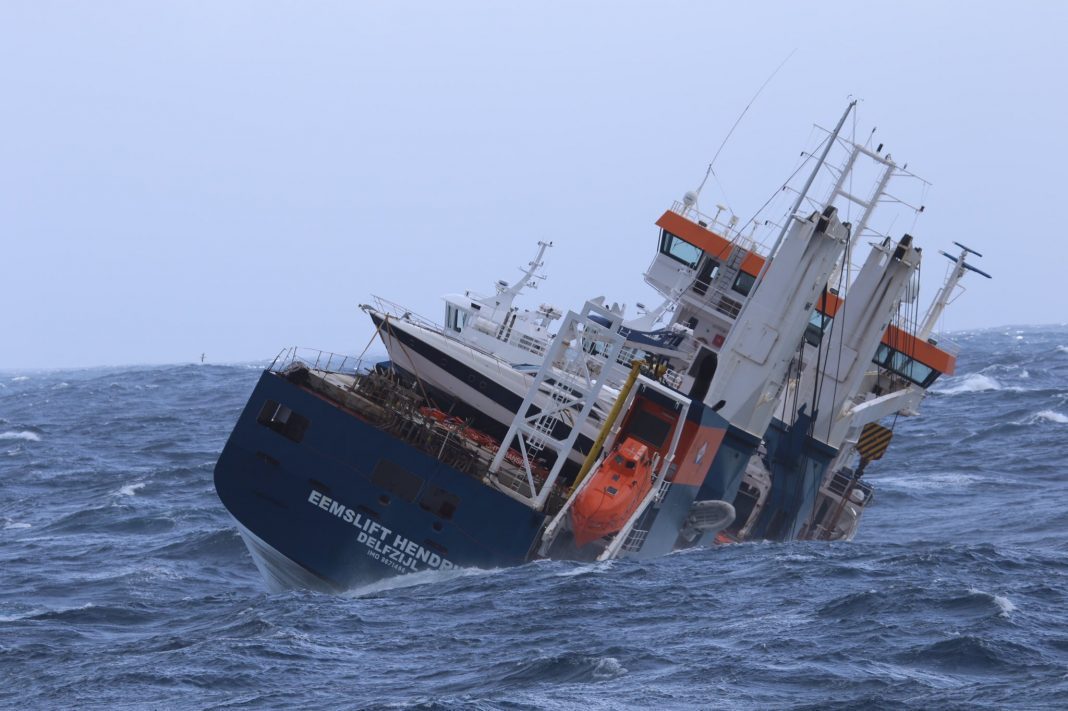 In the early hours of Wednesday morning, the two tugboats “BB Ocean” and “Normand Drott” arrived at the site.

The Dutch shipping company that owns the 111.6m cargo ship “Eemslift Hendrika” has engaged the tug boats, which departed from Bergen and Kristiansund, Western Norway, on Tuesday evening.

The two tug boats are scheduled to tow the ship to shore. But first, people must be hoisted onboard from helicopters to attach tow ropes to the boat. It is scheduled to take place on Wednesday morning.

20 miles from shore
According to Marine Traffic, as of publication, “Nordmand Drott” is located close to “Eemslift Hendrika”.

On Wednesday morning, the ship is about 40 nautical miles west of Ålesund, but only about 30 nautical miles from shore. There is a gale, with 26 knots of gusts of wind, in the area.

“It is not a case of huge amounts, but enough to do a lot of damage if it comes out in the environment,” Norwegian Coastal Administration emergency response director Hans-Petter Mortensholm told the newspaper Bergens Tidende.

The Norwegian Coastal Administration has engaged resources, both vessels and trained people for an oil spill action if the vessel were to hit land and run aground.

Fell off
On Tuesday, the largest of the workboats fell off the cargo deck. The boat, which is commissioned by AQS via shipbuilder Moen Marin, is located 2.8 kilometers away from the site.

Towing lines will be deployed on the vessel that can be used to stabilise it, according to Mortensholm of the Norwegian Coastal Administration. The company has hired the Dutch salvage company Smit Salvage, which is also working to take action.