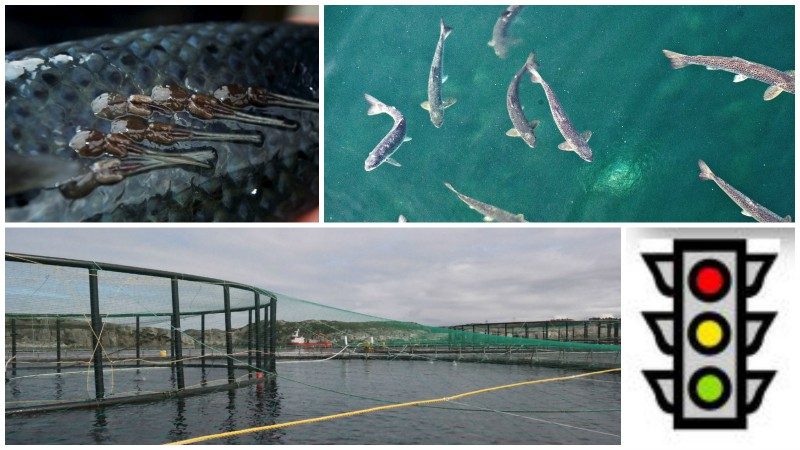 The Norwegian government has decided which colors the 13 different production zones for salmon, trout and rainbow trout will be in 2017. The decision could potentially increase production by about 24,000 tonnes.

“We have reached an important milestone in the introduction of the new traffic light system. This is the first time the government has the basis for facilitating capacity adjustments under the new system. Now we can offer predictable growth, which also takes care of environmental considerations. Overall, the coloring of the coast now provides a sound approach for capacity adjustment of the industry,” said Per Sandberg, Minister of Fisheries.

On 15 September, the Ministry of Food and Industry received the expert group’s report on the status of production areas, together with the management group’s risk assessment based on this report. The report assesses the risk of mortality in wild salmon due to salmon lice in each of the areas. The steering group is composed of one representative each from the Veterinary Institute, the Institute of Marine Research and the Norwegian Institute for Nature Management. The expert group consisted of a number of experts on salmon lice and wild salmon, and was led by Frank Nilsen of the University of Bergen.

According to the Parliament’s report on aquaculture, if data shows a change in impacts over a two year period, the authorities will have to make a more thorough assessment based on overall environmental conditions. In an overall assessment, it may also be natural to look at the socio-economic consequences of different choices.

“My assessment is essentially the same as the advice of the steering group, but after a comprehensive assessment, I have chosen to set production area 7 to green. I believe that the lice effect in the area is within an acceptable level of risk and that this can be supported by good academic assessments,” said Sandberg.

The expert group estimated that the risk of salmon lice mortality in production area 7 was moderate in 2016 and low in 2017. The experts have set the uncertainty attached to these assessments to medium. This is mainly due to a large variation in the infection pressure between 2016 and 2017, and limited knowledge of migration routes. Knowledge of migration routes has less significance in 2017, as the transmission pressure this year was low, and relatively evenly-distributed in the area. Which route the salmon used on the way to sea was therefore less important.

“The picture taken in the expert group report leads me to believe that the good development in production area 7 is a trend that will last. It is emphasized that the positive socioeconomic consequences are considered to be significantly greater than the negative,” said Sandberg.