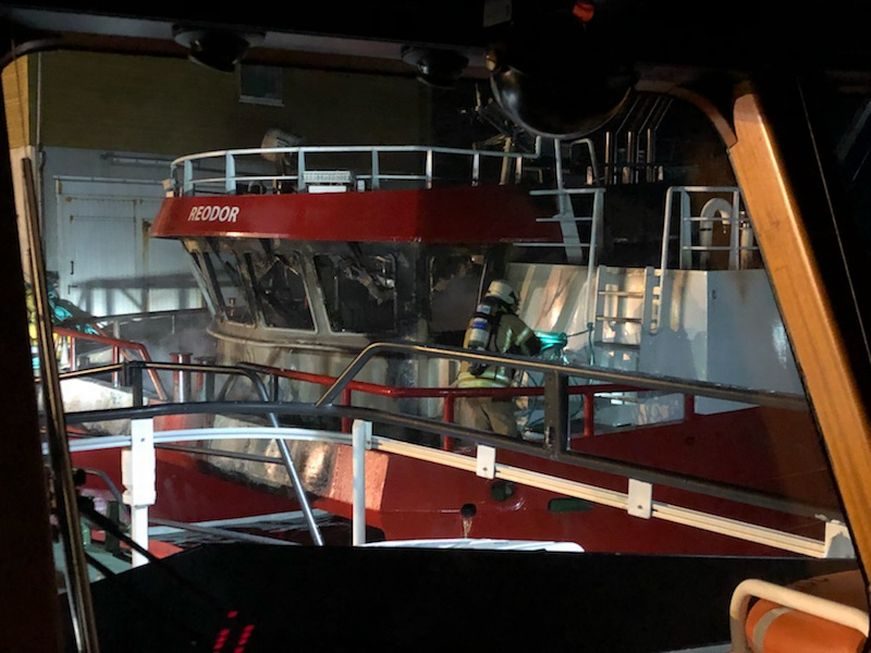 The Norwegian Maritime Transport wellboat, “Havtrans” reported from the blaze.

The fish farm is located northeast of Melandsjøen, in central Norway. The site is called Omsøyholman and belongs to Lerøy Seafood Group. It’s still unknown why the vessel caught fire, according to Norwegian newspaper, Hitra-Frøya.

According to the website Brunsvika Nytt, the well-boat “Havtrans” from Norwegian Fisheries Transport, reported the fire.

No person was injured in the fire.

«Reodor» was handed over from DG Marine to Lerøy in mid-October 2014, Maritimt Magasin wrote. The boat was the third in a series of four farming catamarans that DG Marine delivered to Lerøy Midt.