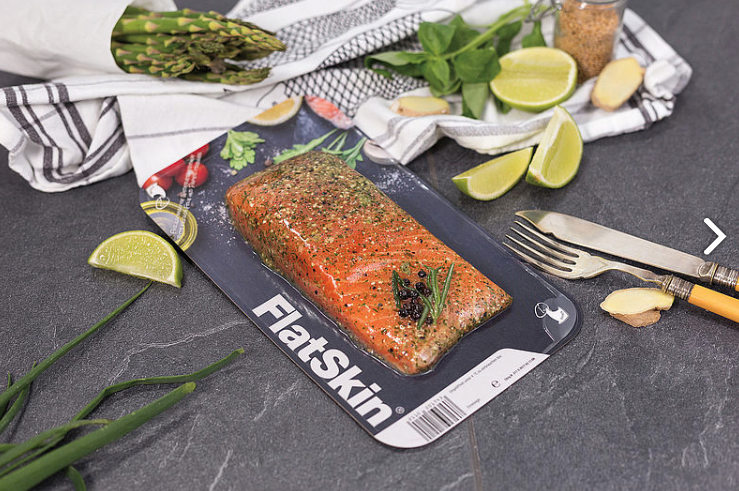 The Danish seafood processor is using the system on one of its products.

Despite being in an industry reliant on single-use plastics, Vega Salmon is doing its bit to save the environment by adopting SEALPAC’ s FlatSkin pack for its hot-smoked salmon products, one of the first users to do so, according to the publication, FoodIngredientsFirst.

Packaging solutions company, SEALPAC, say that the packaging uses 75% less plastic. Furthermore after the product has been consumed, both the skin film and the base film can easily be separated from the card to enable 100% recycling of each component.

“FlatSkin was developed in light of the growing demand for sustainability, strongly driven by retailers,” Marcel Veenstra, Marketing & Communications Manager at SEALPAC said in a press release.

“SEALPAC’s recently developed FlatSkin system provides the answer: it combines an attractive product presentation and extended shelf-life with a highly sustainable use of packaging materials.”

“(..) After taking out the product, the thin polymeric layer is easily removed from the cardboard to allow for separate disposal. Compared to traditional vacuum skin packaging, the FlatSkin system is able to achieve a plastic reduction of up to 75 percent,” he said.