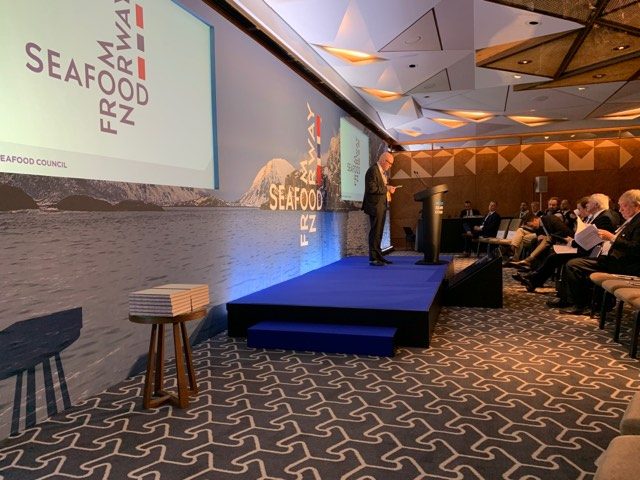 This years Norway UK seafood summit kicked off stressing the importance of good communication, even during boom times and high prices.

He said that the “elephant in the room was Brexit” and that Norway’s priority to ensure a stable consolation of trade and said that the next fisheries minister will prioritise hosting the UK.

“We have been trading with each other since we were vikings,” he said. “UK is the one of the largest for salmon markets and numbers and prices were at “an all time high.”

In terms of numbers l, the NSC wrote in a leaflet that consumption of salmon is increasing – a total market of 145,000 tonnes – with the lions share imported from Norway – though Scottish fish is gaining market share “as it enjoys stinger labelling amongst retail and restaurants in its home market than Norwegian salmon”.

The Brits consume around 2.2 kg of salmon, mainly based on fresh salmon.

Chris Goldberg, director of Communications and Seafood and Public Affairs of the NSC talked about how to communicate seafood in times of tough competition among proteins. The Half Scottish- Norwegian said “we could supply 6 times more seafood than today” sustainably and that needed to be communicated better.

Showing a video featuring some of the UKs top chefs – including Michel Roux JR sampling Norwegian fish, Goldberg also said that “All proteins are being scrutinised as is seafood.”

He explained that despite Norway having solved the issue of antibiotic use, in the eyes of the public that’s not true.

“We need to talk about our actions”.