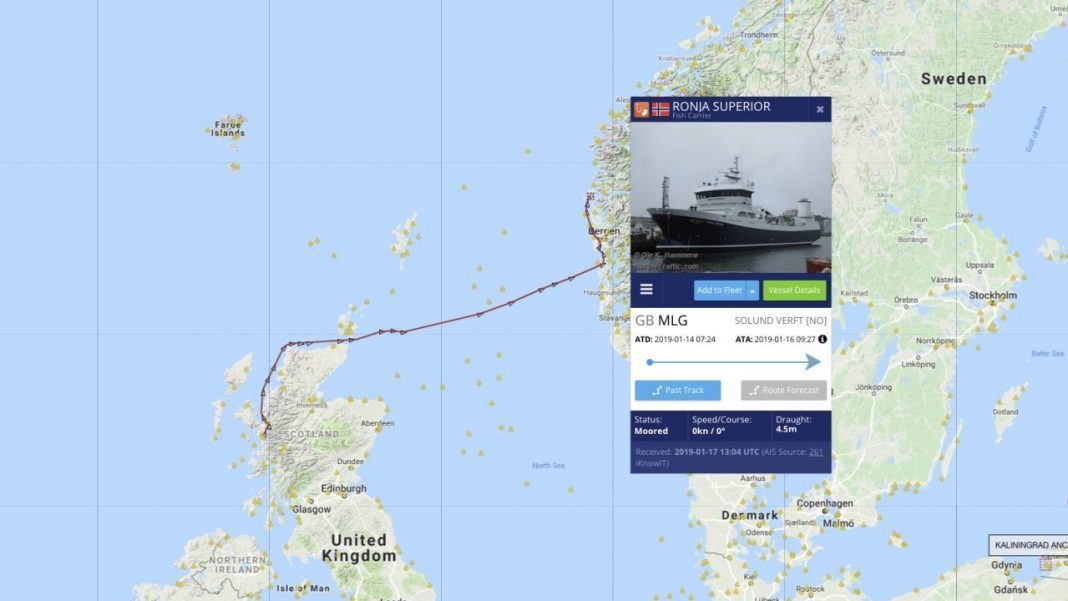 Norwegian Maritime Authority said that this constituted a clear breach of reporting obligations.

On Thursday, the Norwegian Maritime Directorate received several questions about the 12-year-old wellboat “Ronja Superior”, which belongs to the shipping company Sølvtrans.

“We intended to contact the shipping company to hear if something had happened, but then they came to us,” said Norwegian Maritime Directorate communications manager Dag Inge Aarhus to Sysla on Thursday.

According to Aarhus, Sølvtrans reported the same afternoon that they had a grounding in Scotland, and that they had now gone to Norway to repair the damage.

But that was eleven days after the incident took place.

Reporting Obligation
The boat is registered in the Norwegian Ordinary Ship Register (NOR), and has a duty to report this type of accident, regardless of whether it is a light or more serious grounding.

Even near-accidents should be reported “without delay”, according to the regulations.

“That they reported this just now is a clear breach of the reporting obligation they have. This should have been notified within 72 hours,” said Aarhus to Sysla.

The details of the grounding and the reason why it wasn’t reported earlier are still uncertain. Though Sysla has sent Sølvtrans’s management a number of inquiries about this.

On Friday, the shipping company gave a statement in a press release explaining that the “Ronja Superior” had grounded at the entrance to Mallaig, Scotland, on January 13th. “The vessel went to Mallaig and unloaded the fish as planned. There has been no danger to life, the environment and material values. The vessel is now at Solund Verft in Solund municipality (Norway) for repair of damage, as well as annual maintenance. The Norwegian Maritime Authority is informed,” it said.

“Apart from this we have no further comment on the matter,” emailed finance director Mariann V. Reite to Sysla.

Mallaig is a town on the west coast of Scotland, in the Highland region.

Regulations have been broken, however the Norwegian Maritime Directorate has no sanctions for non-reporting, in addition to requiring the incident to be reported.

Aarhus cannot comment on this case specifically, but said on a general basis that they can impose a violation fee in case of non-reporting of accidents. This can be triggered if the damage to the ship is so extensive that it no longer has valid certificates as a result of the incident.

“We have previously imposed infringement fees in such cases,” said Aarhus.

Inspection
“Now we must first find out what has happened and why they have not reported this. Then the shipping company must submit an accident report to the Directorate. Then we will carry out an inspection of the vessel. If there is any damage, they’ll need approval from us,” said Aarhus.

AIS data from Marinetraffic shows that the 57m long ship with a load capacity of 1000 cubic metres is near Solund Verft in Sogn og Fjordane, Central Norway.

The vessel, which is the smallest wellboat Sølvtrans has in its fleet, headed for Norway on January 14, according to Marinetraffic.