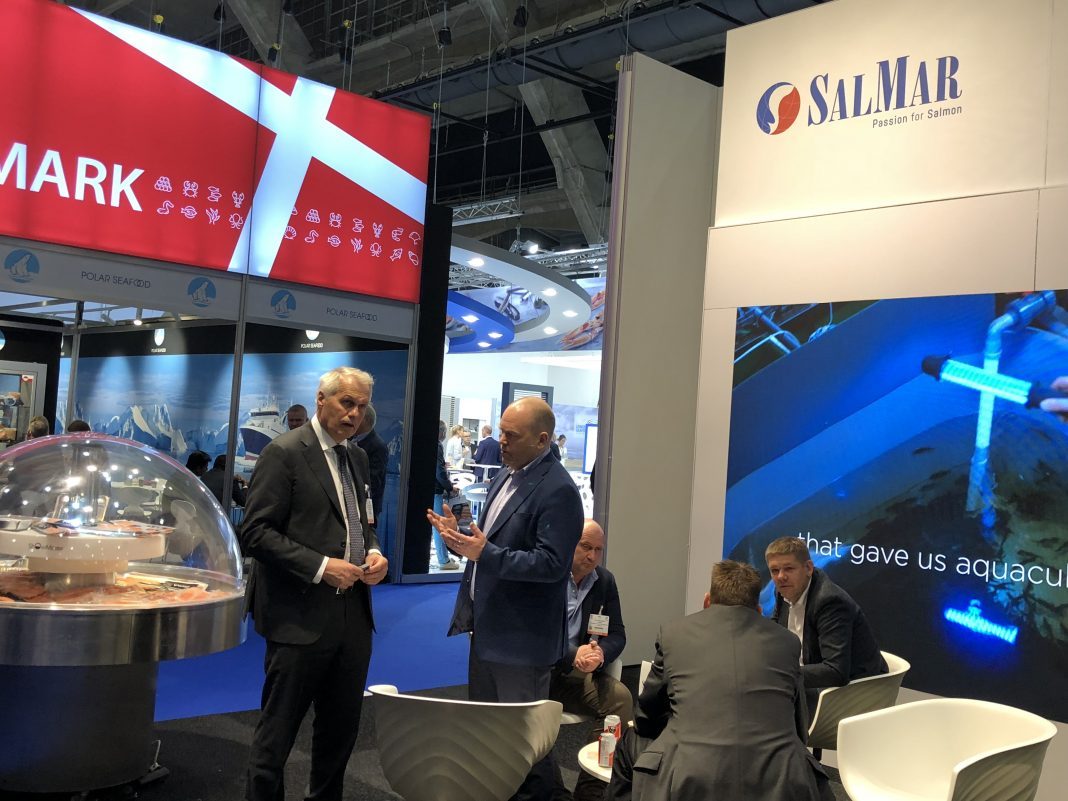 Gustav Witzøe (to the left) is the founder and majority shareholder of listed salmon farmer SalMar. Photo: Aslak Berge

On the question of how far away they are looking to expand, Witzøe indicated that “the sky is the limit”. In the development of SalMar’s giant ocean farm, the company established a cooperation with segments of the oil and offshore industry, from which the resulting technology can also be applied to other species than salmon.

Besides SalMar the seafood group Insula accounts for an increasingly larger portion of the enterprise’s operation, and was responsible for the lion’s share of revenue growth last year.

Witzøe pointed out that this part of the industry has been typified by many companies that lack the clout to boost seafood consumption through product innovation. He said they see consolidation as a positive move, and are not ruling out that they will acquire companies further away in Europe.

“In any case, we’re mulling the notion,” he said.

Pre-tax profit for the Kvarv group ended up at close to EUR 400 million – the best result ever.

“We don’t think about that aspect. If a ski jumper’s thoughts are on where he will land, then he is just as likely to land only a few metres from where he jumped. We’re focused on getting it right; results then materialise accordingly,” Witzøe told the newspaper.